TV is a good medium of entertainment but with repeated story lines and allocated time. It’s hard to catch up in the new world.  Besides, preferences of our youth is changing and they want to get entertained at their own cost. Today is the era of web series. They are new in and acceptable to viewers.  Thanks to the advent of Netflix and amazon prime. To begin with, Just ShowBiz has compiled a list of the best Indian web series that you’d love to watch repeatedly. Sacred Games is on top of this list because of the cast and content. Being Saif Ali Khan and Nawazzudin Siddqui on opposite sides, it’s like a movie in your home. It’s a powerful play of action, drama and crime. It’s realistic as it shows bureaucracy inside the system. The deeper crimes, corruption, murders and crime makes this series 16+ but a worth watch. Season  1 is out an d teaser of second season is out. Other actors working are Radhika Apte, Kalki Koechlin, Ranvir Shorey and Pankaj Tripathi. The series is about a woman Shalini in pursuit of her daughter, Leila.  Years back, Leila was snatched away from her. The series dates in the future 2040, when the Aryavartta controlled the world. The whole nation is divided into communities. They become victim of segregation  and are separated by high walls. Basic necessities like water and clean air have become luxuries. Goons attacked Shalini and her family for using pool. Her husband Rizwan was killed by goons and she was sent to prison.  Her daughter Leila is missing and it’s her journey to find her. Certainly, Huma Quereshi as Shalini deserves every bit of praises. This future crime series certainly should be in your bucket list. Other actors are Rahul Khanna, Sanjay Suri, Arif Zakaria and Siddharth. Mirzapur has certainly taken the viewers by storm an exciting plot. The series is majorly based in Mirzapur.  There are few scenes from Jaunpur, Lucknow, Ghazipur,  Azamgarh and Gorakhpur as well. The story is about Akhandanand Tripathi who has earned crores by exporting carpets. Tripathi somehow ends up becoming the mafia boss of Mirzapur. His son Munna, follows her father’s footsteps and continue his inheritance.  The series stars Pankaj Tripathi in titular role of a mafia, Vikrant Massey, Ali Fazal, Shweta Tripathi, Shriya Pilgaonkar, Divyendu Sharma, Rasika Dugal, Harshita Gaur and Kulbhushan Kharbanda. Unfolding Nirbhaya’s rape case, Delhi Crime puts a tap on Delhi’s most sinful crime. Delhi Crime tells the story from the perspective of the Delhi Police.  It says the way they dealt with what emerged as the most brutal rape case ever seen in India. It stars Shefali Shah, Adil Hussain, Rasika Dugal, Rajesh Tailang, and many other brilliant actors. The series has announced its season 2 after getting critical appreciation. This series is all about crime and corruption present in field of sports. It’s a story of two teen cricket prodigies who come out of their struggles to shine. It’s a journey of their life to come out of their father’s shadow and live in what they do best. However, it also shows the deep roots of corruption and favoritism into the system. 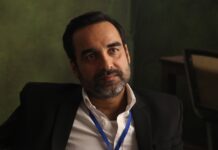 #Poochna Zaroori Hai: Prominent Male actors come together to shatter the misconceptions in our society around consent! 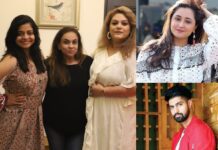 Nivedita Basu: A woman’s character helps in layering the subject