As 2018 is about to end let’s go through the most dashing weddings of the year as 2018 has been a year of tieing the knot to most of the Industry couples …
Especially this month ; we’ve been witnessing a lot of love stories crowned by mirrage & it was adorable how wqxh & every bride & groom were glowing in their own special way…
so let’s See sone of those Happily ever after stories ….
[smartslider3 slider=14]
1- Deepika Weds Ranveer *DeepVeer* :
Bollywood most favorite couple ; tied the knot in a private Konaki cermony in Italy away from media & press , only family & friends..
The couple fell in love while shooting their masterpiece Movie “ Ram-laila” 5 years back but they tend to keep their private life away from everyone & suddenly after a year of Yes & No the couple announced officially that they ‘re sharing the vows on November 2018 .. The wedding was followed with Receptions where the couple invited friends & Bollywood stars too.
2-Priyanka Chopra & Nick Jonas:
It was One of the most awaiting weddings for this year after the couple annouces the news of the official Engagement July 2018 ; after they met through a common friend in Hollywood at 2016 & they start feeling the connection while exchanging msgs & calls for few months then they started dating ..The wedding with no different from Deepveer’s wesding in terms of privacy & limitation of guests.. It was grand Hindu wedding that took a place in “Umaid Bhavan Palace “ Jaidapur  December 2nd, away from media also. Then they celebrated 2nd wedding on the American Christian Rituals followed by Big reception in Delhi where the prime minister of India attended & a grand Mumabi reception is taking a place on December 20th..
3-Sonam Kapoor & Anand Ahuja
on the 8th of May 2018 , Actress & designer “Sonam Kapoor “ tied the knot with her Fiancé the famous Businessman “ Anand Ahuja” in a private family ceremony at one of Sonam’s relatives Bungalow the followed on the same day with a rocking reception at (Leela) where we saw Srk,Salman khab ,Ranveer Singh alonf with the father of the bride “ Anil Kapoor “ shaking legs on the stage & it was the talk of mumbai for long after..
4-Rubina Dilaik & Abhinav Shukla
They’re one of the most popular TV couple & thier love story was followed by many fans on social media.. The active lovely couple “Rubina Dilaik “ & “Abhinav Shukla “ who have been daying for 3 years ; took the Saat phere In a romantic colorful ceremony in Shimla on June 21st 2018.. Then they made 2 Receptions later one for family & one in Mumbai for Media ..
5-Neha Dhupia & Angad Bedi
In a private ceremony in Gurudwara they exchange the vows as a man & wife , the couple surprised everyone with their marriage news suddenly… Then few weeks later the annouced that they are expecting a baby girl who arrived to the world earlier this month …
6- Gautam Rode & Pankhuri Awasthy.
The Couple who thier love blossomed after meeting in  Sony TV’s Show “ Razia Sultan” then work again together in “Suryaputra Karn” Finally tied the knot after -a longterm relationship- earlier this year on February in a  family ceremony they exchanged the vows .The wedding took place in the Tijara Fort Palace in Alwar in Rajasthan.
7-  Prince Narula and Yuvika Chaudhary
BigBoss 9 love birds who got engaged at the beginning of 2018 on  January 24th  ; they also celebrate their happily ever after this year in a Punjabi Sanjeet & Warm charming wedding .where Yuvika drew a Mehndi of their love story on her hand & in a cute romantic note Prince has changed his name on Instagram to be “ Prince Yuvika Chaudhary” ..
8-Additi Gupta & Kapir Chopra .
It seems like 2018 is the not only a years of marriages in Bollywood & Tellywood but also it’s a year of surprises as many weddings news came out suddenly & many many weddings ceremonies were small & private ones exactly as what the TV hottie “ Additi Gupta” has done earlier this month when she tied the knot with her Fiance the businessman “ Kabir Chopra” in private family& friends traditional hindu wedding that took place at Iskon Temple, Juhu. Also Additi had made a new creative mehndi party which is more closer to the American bachelor party & a night before the big day ahe had a cocktail party at B Bar where she invited all her frineds from the industry…
9-Kapil Sharma and Ginni Chatrath
Just few days ago on December 12tg the Star of the comedy  “ Kapil Sharma” tied the knot with Ginni Chatrath ; the couple has 2 wedding one hindu & the other one is Shik ..later they will be hosting 2 receptions as well one in Amristar “ Kabil’s home town” & the 2nd one in Mumbai for friends & industry people..
10-Isha Ambani & Anand Piramal
It was & still the most talked wedding in India mot only Mumbai; the grand astonishing wedding of the year ; with all Bollywood & Hollywood stars attending the ceremonies along with the former 1st lady of Usa “Hillary Clinton& Byoncee preforming at the Pre-wedding party  “.. Isha Ambani the daughter of the India’s famous Billionaire  “ Mukesh Ambani “ has tied the knot with her Childhood friend & fiancé “ Anand Piramal” in one of the most grand luxurious talked about weddings this year that took a place in  at the Ambani residence in Mumbai, the pre-wedding bash was held in The Oberoi Udaivilas in Udaipur Rajasthan..
Comments 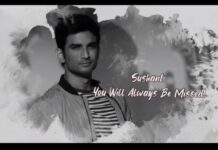