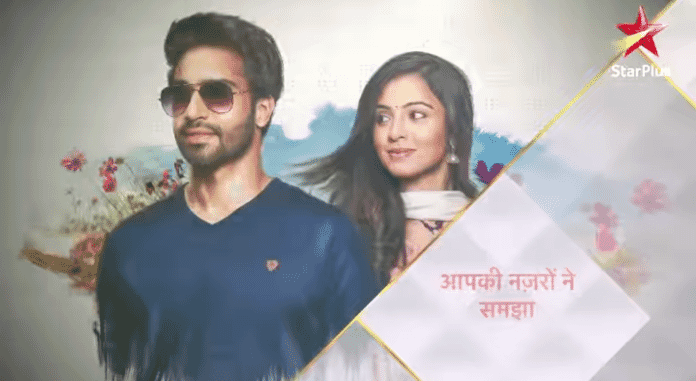 Episode starts with Vanlata getting scared seeing Nandini. She thinks her to be a ghost and apologises for her mistakes. She confesses all the bad deeds she have done with Nandini and ask her forgiveness. Nandini rebukes her saying that she have always done good for their family but still they have troubled her. She then questions about Vini and blames Vanlata for kidnapping her. Vanlata lies that she have saved Vini but now she have disappeared somewhere. Nandini threatens Vanlata, whereas latter realises that Nandini is alive.

Here, Darsh gets shocked seeing real mother of Vini. He checks the footage of Jhunjhunwala with his daughter and gets dumbstruck seeing real Ishani. He gets worried for Vini and decides to find her. Chetan says that it is not safe for Vini to be with the fake Ishani, whereas Darsh agrees and says that police have tracked her.

Vini gets shocked finding herself in Dwarka. She sees the sweet making competition poster and gets some hope. She decides to go there and then call for help. She gets inside Naveen’s house, while Gunjan followed her and informed Vanlata about it. Vanlata notify Nandini about Vini, to which she ask her to keep Gunjan away from the house so that she can take Vini and leave from there.

Elsewhere, Nandini meets Vini and tries to take her away. At that time Darsh comes there. Nandini sends Vini inside, whereas Darsh confronts Nandini and ask her to tell the truth. He questions that where is real Ishani, while she gets scared seeing his anger. He threatens her stating that police is coming to arrest her and ask about her real identity. Nandini confesses about her real identity and reminds him about his betrayal. She gets flashes of his promises and how he have hurted her. She taunts him but then comes back to reality realising that she haven’t said anything to him. He again warns her, while she remembers the way he have putted allegations on her and denies to answer any of his questions.

Police arrives whereas Darsh brings Vini and lies that police is taking her mother to get rid of the moneylenders. Vini tells the police not to trouble her mother and send her back as soon as possible. She goes along with Darsh, while Nandini warns him not to ask make Vini doubtful about her being her mother.

Ahead, Vini mingles with Darsh’s family and everyone enjoys her company. She keeps talking non stop, while Darsh shares his worry with Rajvi. He feels relieved thinking that Vini is safe from the fraud Ishani and prays that she never get out of jail. Rajvi assures him, while he smiles seeing Vini being comfortable with his family.

Nandini gets inside the cabin of Jhunjhunwala’s family lawyer and explains him about the matter. She panics stating that police is asking her for proof about being Ishani. She ask him to help her and insists to go back to Ishani. Whereas, he assures her.

Further, Charmi feels dizzy and was about to fall inside the pool when Rajvi sees her. She gets worried and ask Charmi to be careful. She was about to fall when Darsh saves her. Rajvi and Darsh takes Charmi inside the room, meanwhile he leaves from there. Charmi panics saying that she is feeling weird, whereas Rajvi comforts her and says that she is carrying Shobhit’s child. She assures and promises her that she will protect her and the child at any cost.

Precap:- Charmi feels sick, while Nandini tries to help her. They both couldn’t able to see their faces and Nandini goes to bring water for her. At that time Darsh comes there and helps Charmi being concerned, while Nandini gets shocked seeing him with Charmi.