Skip to content
Breaking News
Here is how our top 5 ITV Divas spending their quarantine time!Simran Khanna: Feels great that after Mohsin and Shivangi, Simran and Samir are loved!Covid 19: From Shahrukh Khan, Akshay Kumar to Ekta Kapoor; famous personality’s vows to support PM care fundDo you enjoy stand-up comedy by Zakir Khan & Kunal Kamra? If yes, you will definitely love Maharaj Ki Jai Ho!Check out a new initiative by Star Plus! They say dancers can be wonderful actors because they have the power to express their feelings. TV has seen some of these dancers turning into beautiful actors reaching some top height channelling their interpretation of their characters on screen.

Let’s have a look at some of these actors who are graceful and exemplary dancers too. Shantanu debuted with India’s first dance based fiction show, Channel V’s popular youth show, ‘D3-Dil, Dosti, Dance.’ He has been a world champion and can perform a number of different styles, Bollywood and contemporary included while he is also a awesome actor who can make you feel every kind of emotion efficiently. Everybody knows that Shivangi is a terrific actress on screen but a lesser known fact about her is that she is a beautiful Kathak dancer. During her college days, she used to participate in many dance competition on the National Level. Interestingly, Shivangi also plays the role of a classical dancer in her show ‘Yeh Rishta Kya Kehlata Hai.’ Kunwar Amar Singh debuted alongside Shantanu Maheshwari in ‘D3- Dil Dosti Dance’ and soared in the role of Reyaansh Singhania with audiences. His pairing with Shakti Mohan and later Vrinda Dawda was well received by the viewers. He even won the love and appreciation of fans for his acting in the show. This real life princess of Rewa, Madhya Pradesh is an astounding contemporary dancer. She has even participated in the reality show ‘Dance India Dance.’ After that, she started taking up acting projects and was part of shows like ‘Twist Wala Love’, ‘D3-Dil Dosti Dance.’ But she got the real recognition when she started playing the role of Kirti in Star Plus’s Yeh Rishta Kya Kehlata Hai’. She touched hearts and received fan love and appreciation for her acting skills. Mouni is another name in this list who can catch every beat of a song. Mouni can carry a classical or a hip hop song well on her shoulders. While being a top actress with shows like ‘Naagin’, ‘Devon ke Dev Mahadev’,she has also done dance reality shows like ‘Zara Nach Ke Dikha’, ‘Jhalak Dhikla Ja’ and ‘So You Think You Can Dance’. 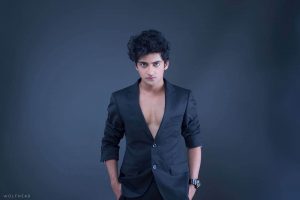 Sumedh had participated in ‘Dance India Dance S04 and earned the degree of ‘Beat King’ by Shruti Merchant.  Interestingly, Sumedh has never undergone any formal training and has only learned it through the internet. He is a seamless dancer and one can find that grace of dance when he plays ‘Krishn’ on TV in Star Bharat’s ‘Radha Krishn’
These TV acting gems are brilliaant dancers in our opinion and can make you dance anywhere. Who’s your favourite?
Tell us in the comments and till then let’s get biiiiizzzzziiiinnnn’!!!!!!!!