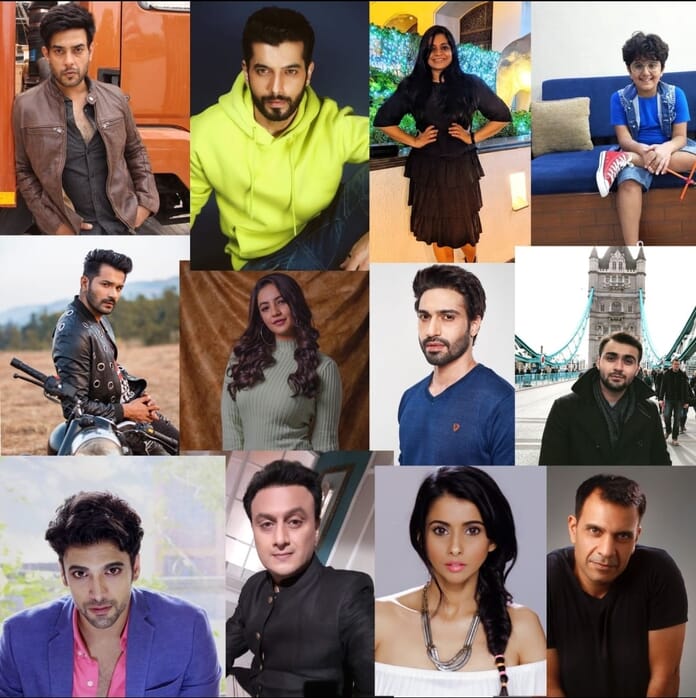 Zindagi Mere Ghar Aana actor Hasan Zaidi has watched all films of Big B. “I love them all and he’s the quite essential hero, somebody whom we grew up with in times when cinema was larger then life, you know you saw Bachchan Sahab only on the big screen or on the movies which only played on Sundays on Doordarshan, and the voice, the looks and just the pure performances. The songs, dance sequences and the action everything! So first of all, it would be a privilege to wish him on his birthday and thank him for the blessings in so many ways that he’s bestowed upon us and so many memories he’s given us, such beautiful songs and I think he’s engraved in all of us. We are all a little bit of Amitabh Bachchan I think. We all have him alive in us and nobody can take away that is the purest qualities he has. And there are so many films, I can’t name one, but obviously right from Agneepath, there is so much that he brought to the table in that film but again it would be unfair to just limit him to that,” he said.

Vidya actress Meera Deosthale‘s favourite Amitabh Bacchan film is more than one. “I like Deewar, Sholay, Silsila and many more! He is a legend. I love him as an actor, and as a girl, the intense, tall personality that he has, is so attractive. Having said that, my first lesson when I was learning acting was that Mr. Bachchan is the most punctual actor. He values his and everyone’s time and time values him. Apart from that, his passion towards work is something to be respected,” she said.

“At this age, he is still going so strong and my wishes for him on his birthday is may he keep entertaining us, making beautiful movies and stay healthy and strong,” she added.

Kyun Utthe Dil Chhod Aaye amd film Thappad actor Harssh A Singh also has a long list of favourite Big B films. “I would pick Abhimaan because it’s so different from what we grew to expect from Amitabh Bachchan. He plays a successful singer who becomes so jealous when his wife becomes successful that it almost ruins their lives and marriage. It’s so tough to play a character that’s petty, mysoginistic, arrogant, unlikable and yet to be able to draw the ark over a whole film and as an audience you grow to be part of Subir Kumar and his journey back to redemption. We’ve seen remakes of Abhimaan over the years, but there is no one like Amitabh Bachchan. Amit ji was spell-binding in this film. His slow burning envy, hate, and then his descent into darkness. Add to that the incredible music by SD Burman. This is Hindi cinema at its peak,” he said. “My message to Amit ji is that you are such an inspiration sir. The talent you have may be god given but the spirit, the ever learning mind, the capacity to keep going, to keep learning is yours sir. Thank you for sharing that with us. Happy birthday sir,” he added.

Thapki Pyaar Ki 2 actor Aakash Ahuja‘s favourite Amitabh Bachchan film would be every film that he’s done. “We always get to learn from him from the experiments that he does even at this age. So two of my most favourite Amitabh Bachchan movies would be Piku and Paa because I don’t think anybody expected such performances from him and that was a very pleasant surprise and a treat for us. My birthday wish would be may god give you 100 more years to live with great health and many more movies to come,” he said.

Kawach 2 actress Pranitaa Pandit loves every Amitabh Bachchan movie, but her most favourite would be Abhimaan. “My birthday wish for Amit ji is that I wish him a very happy and healthy birthday,” she said.

Producer Nivedita Basu considers Bachchan a god. “I think he recreated himself with KBC when he hit the common man’s heart with his humility. Don’t think there is a single movie which I don’t like but Satte pe Satta I’ve always loved for the music, cast, story and style. I wish him good health and a long life because I can’t imagine living in the same world without him ever,” she said.

Aapki Nazron Ne Samja actor Saurabh Agarwal’s favourite movie is everyone’s favourite, and that is Sholay. “The movie overall itself is amazing and Bachchan sahab was a part so obviously but yes, I really like the movie and the second movie which I really loved is Black by Sanjay Leela Bhansali. What I really liked is that he immersed energy throughout the film- that performance, that energy-oriented role that he portrayed was unbelievable, that was outstanding as an actor. I will wish him a healthy life , he should keep on entertaining us as he does. He’s such a generous human being. I had worked with him in Paa, I was with the whole team for almost 10 days. We were shooting in Film City and he was right there in front of my eyes with his massive get-up. He used to come 4 hours early to get his makeup done, our call time used to be 9 am and he used to come at 5 am, after getting his makeup done, he was there on the set at sharp 9. So that is the kind of dedication we look forward, I personally look forward, it’s a great learning experience from him. We had the whole team with us, everyone was there on the set. So it was a great learning experience. He was present in front of us in that get-up and he was so chilled out, no irritation anywhere, he was wearing a mask on his face and he showed no irritation. He’s so inspiring and it’s very hard to find a replacement for him, so my good wishes and heartfelt wishes to him,” he said.

If  Aapki Nazron Ne Samjha actor Vijayendra Kumeria has to choose one film then it would be Trishul. “His character was that of an anti-hero yet with his performance, he justified it like in many of his other movies. His acting, style and attitude was killer and his give and take with his co-actors was lovely. My message to him is that he should carry on with the outstanding work, may he be blessed with great health and more and more power to the superstar,” he said.

Panga actor Yagya Bhasin favourite movie of Amitabh Bachchan is Deewar. “The dialogue ‘Aaj khush to bahut hoge tum….’ of Bachchan Sir in this film is my favorite dialogue ever. Dear Sir, wish you the happiest birthday, stay blessed. And hope your celebration gives you many happy memories as I also worked with you in Green Good Deeds digital ad 3 years back,” he said.

Naagin actor Sharad Malhotra has watched all his movies and he loves them all, but his most favourite is Silsila. “I have learnt a lot from the different roles played by Amit ji with all the experiments he does, he has always been inspiring even in this age. My birthday wish would be, may god give him more years to live with great health and many more movies to come and keep on motivating and inspiring us,” he said.

Enterprenaur Sneh Binny loves Waqt. He says, “The combination of Amitabh and Akshay Kumar was dynamite. Amit Sir your fimlshave repeat value and I have seen all your films. My message t ohim is stay healthy sir. We want to see you forever”

Film Sooryavanshi actor Mrunal Jain feels Amitabh Bacchan is an institution in himself. He says, “Deewar and Trishul are Shakti are my all-time favourite films. My message to him is “I feel blessed to be part of the same industry. Love your tweets sir”