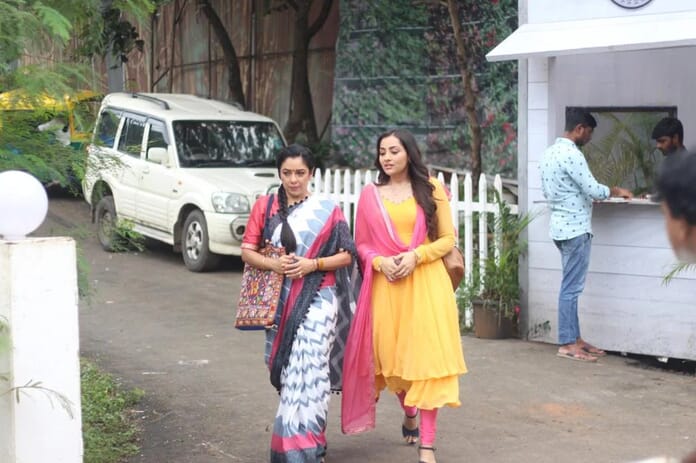 Anupamaa might have divorced Vanraj in Rajan and Deepa Shahi’s “Anupamaa” but she never forgets to appreciate him as a father. Anupamaa feels that Vanraj might have been a bad husband but he is for sure a very good father.

In the recent episode we saw that Anupamaa takes Nandini to the office and asks her to sit in the waiting room while she finishes her work. But they get late, and Anuj offers to drop them home. Just then Vanraj along with Pakhi come to Anupamaa’s office and Pakhi tells Anupamaa that there was a cab strike because of which they decided to pick them.

Once they reach home, Anupamaa is surprised to see Samar and tells them that they should tell Vanraj about Rohan. Samar asks them to take Anuj’s help, but Anupamaa reminds him that Vanraj is his father and they should go to him first.

Meanwhile, Anuj talks to Devika about Kavya and tells her that if he finds Kavya doing anything to trouble Anupamaa then he will handle her himself.

In the upcoming episode we will see that Anupamaa and Anuj organise a cooking competition and Baa and Kinjal too help them in that. To know what happens next, keep watching “Anupama”.