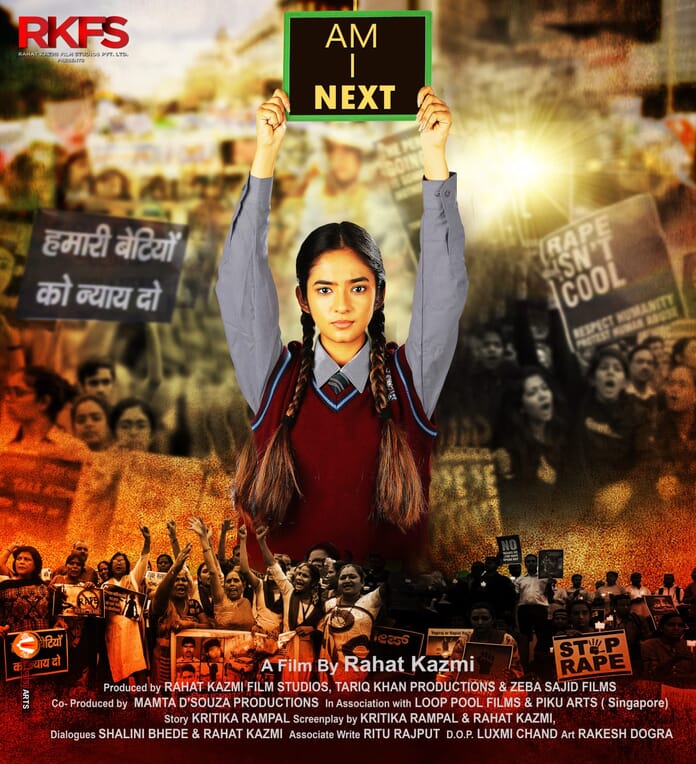 Rahat Kazmi film Studios and their group has seen many success stories this year, starting from Wishlist on MX player to Lihaaf and Lines on Voot and six more films with Shemarroo. Am I next was filmed just before the Covid lockdown last year and since then makers are waiting for its release and festival round… And here the film take a big start with a fantastic win as best feature film award at Sweden Film Awards this year.

Anushka Sen, who was all over the news with her fantastic performance in Khatron ke Khiladi Season 11, is again in the limelight but this time, for a different reason!

Anushka sen posted the poster on her instagram https://www.instagram.com/p/CTejQx3NOyW/?utm_source=ig_web_copy_link

The youngest participant of Khatron ke Khiladi, who’s also fondly called ‘powerhouse of energy’, has great news for all of you! Her upcoming film, ‘Am I Next’ has been selected to be screened at India International Film Festival of Boston (IIFFB) next month!
Sharing this news, Director of the film, Rahat Kazmi expressed, “It’s a proud moment for the team! The film has a powerful message and Anushka Sen has brilliantly portrayed the role of the protagonist.” Talking about the film’s plot, he says, “It’s a story of a minor rape victim who fights in the court to terminate her pregnancy. Anushka Sen, who has played the role of the teenager girl, leaves no stone unturned in delivering a remarkable performance.”

Discussing about the film, Rahat Kazmi further adds, “The script projects the story of a girl, who’s abused at a young age but still shows exemplary courage to fight back for her dignity and also, takes a stand for many other victims like her. Since it was a complex character, my first choice was Anushka and I’m sure after watching the movie, you’ll know why! Though she was emotionally moved after listening to the script but later dwelled into the character perfectly well.”

“I did not wish to give it a negative blend. The story is based on the real incidents of a minor girl, who fought for herself and won the case! Besides, the film also has an interesting courtroom drama for the commercial audience. One can witness how lawyers manipulate & tweak things in the court,” concluded the Director.

The film has been selected among nine other feature films to be screened at IIFFB in September 2021. Written by Kritika Rampal (story) & Shalini Bhede (dialogues), the film showcases Swaroopa Ghosh (famous for Vicky Donor) as the defense lawyer, Mir Sarwar in a guest appearance as the Judge, Tariq Khan as a cop including some eminent theatre artists from Singapore.

Can’t wait to watch the movie? Stay tuned for the IIFFB schedule and other updates of the film, which is produced under the banner of Rahat Kazmi Films, Tariq Khan Productions, and Zeba Sajid Films in association with Pihu Arts. Besides, the film has been co-produced by Mamta D’souza Productions in association with Loop Pool Films & Pinku Arts (Singapore).