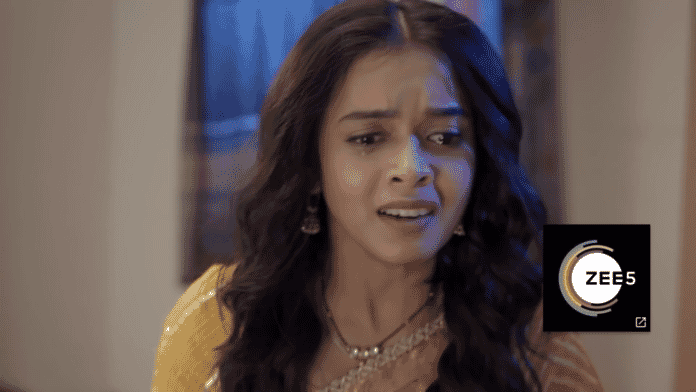 Previously we have seen that, Rani managed Veer with a lie and he got convinced. On the other hand, Suraj demanded Vijaya to help him take Rani out for dinner. Vijaya made him understand that Rani was married but Suraj stayed adamant. He threatened to commit suicide if Rani doesn’t accompany him. On the other hand, Rani made a plan to get back the house. In order to convince Vijaya for the same, she went with Vijaya and Suraj to the restaurant. Unfortunately, Veer landed up in the same place but Rani managed the situation .

In the future episodes we will witness, Rani will convince Vijaya to buy a plot to fool her. She will use Rajeshwari’s name for the same. She will struggle to escape from both Veer and Suraj. Nandhini will regret marrying Jai while Champa will treat her like servant. Jai will abuse her too with Champa. Later Rani will take help from her friend to lie to Veer. She will agree to go to party with Suraj while Ganesh Chathurthi’s preparations will be happening in Veer’s end.

Will Rani attend Pooja on time? Will Veer find out Rani’s truth?