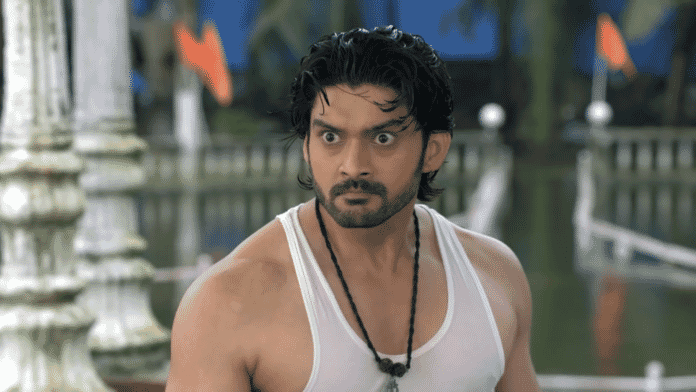 Colors TV show Bawara Dil is entertaining the audience with its intriguing storyline. Currently, Siddhi and Shiva are dealing with their inner conflicts and not realising their true feelings for each other owing to several past mistakes also Shiva’s slave like attitude angers Siddhi as she is a headstrong girl.
Siddhi is trying to open Shiva’s eyes so that he can realise Akkabai’s dirty politics. Shiva decides to win Gothakori competition and in return he will tell Akkabai to call off Sarkar and Sonal’s wedding. There Narpat is also trying to provoke Siddhi so that Akkabai loses the competition and and fails to rule over Rudrait people but Siddhi will listen to him or not time will tell.

Previously its seen how Sonal decided to end her life by consuming poison. Siddhi stopped her from doing so and assured her this marriage won’t happen. There Shiva decided to win Gothakori competition and in return he will tell Akkabai to call off Sonal and Sarkar’s wedding. But he kept his plan a secret. Shiva shared it with Jalwa only. There Narpat tried to manipulate Siddhi to go against Shiva and Akkabai. Siddhi tried to find out a solution to stop Sonal from taking a drastic step.

In future episodes viewers will see interesting drama. Shiva will slap Sagar for his misbehavior with Jalwa. There Siddhi will find Sarkar hugging Shiva. She will misunderstand Shiva and there Narpat will try to provoke Siddhi against Shiva and Akkabai. Siddhi will feel helpless and in order to save Sonal from Sarkar she will meet Narpat. Narpat will instigate her saying Shiva slapped Sagar and misused his power.

Will Siddhi learn about Shiva’s plan?

All questions will be answered in the upcoming episodes.