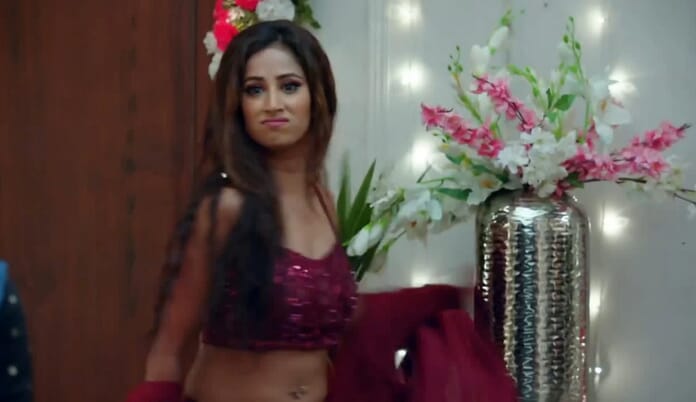 Zee TV new show Bhagya Lakshmi is attracting viewers withinteresting storyline and the twist and turns of the show have glued audience to screen’s.

As reported earlier Ayush dropped Lakshmi’s family members at their place. Rano made Neha invited Ayush to their place for having tea. Shalu tried to made him leave but he went to their home and had tea ehole having tom and jerry moments with Shalu. Rishi informed to Malishka and Sonia that Lakshmi got to know about Candle light dinner. Malishka asked him why he was scared and indirectly asked him to go for dinner. Rishi left from room and he asked Sanjay to decorate his room for candle light dinner. Karishma overhead their conversation and she asked him why he was doing it when he can escape with lie. Rishi told her that he was feeling guilty to cheat pure soul like Lakshmi. Karishma understood that Rishi started to like Lakshmi. Later Rishi helped Lakshmi to plant Tulasi and indirectly apologized to her for hiding the marriage secret from her.

In the upcoming episode viewers gonna witness that Rishi will take Lakshmi to  holds to their room by holding her hand and she feels surprised with the arrangement and she tells him that if Rishi Oberoi likes me a lot then I will feel proud but it is not good thing to happen as it always breaks. Rishi looks on. Ahana and Devika will watch their candle light dinner moments. Malishka comes there and witnesses Rishi feeding food to Lakshmi and She will angrily throws the vase. Rishi and Lakshmi will gets stunned. Later Malishka tells to Rishi that she can’t share his love, concern and care with anyone as those are belongs to me and She asks him to remember and kisses him on lips. Lakshmi will searches for Rishi and she is about to see Rishi and Malishka.

Can Lakshmi caught Malishka with Rishi? Can Rishi realises his feelings for Lakshmi?