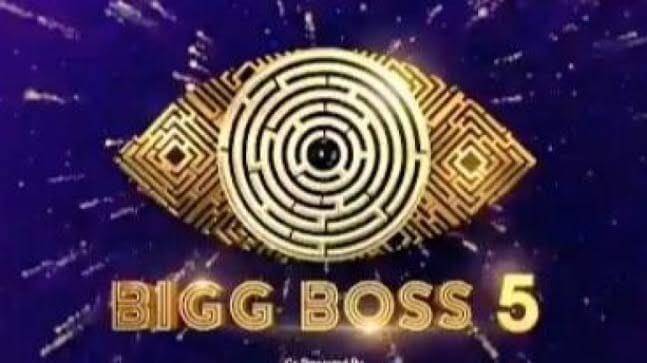 The inmates wake up to the song. Maaro re. They dance near the swimming pool.

Bigg Boss says that now the blinds will be down and asks them to stay in their rooms and doesn’t come out. Siri tells Jessie that she will take punishment. Jessie announces the punishment and Siri completes her punishment. Anne asks him why did he shout. Ravi supports her.

Kajal reads the letter from Bigg Boss which says that now it’s time for the guest to leave. Natraj gets emotional and talks to the doll. The inmates console him.

Hamida tells Shree Rama Chandra that she likes him and she doesn’t understand as to why she is connected to him soo much. Hamida says they will play the game for now and will talk later.

Bigg Boss says now it’s time for nominations. Whoever they wahts to destroy, they should remove the piece of a pic. He asks Priya to start and she nominates Lobo. Priya says Lobo is not being normal with her and says she is nominating Sunny for the same reason. Next comes Vishwa who nominates Ravi and says that he has promised to support but he didn’t keep up his words. Ravi says he supported as he told. He says it was his strategy. Vishwa saya that he can’t accept it. Ravi saya he supported and the matter is over there. He then nominates Natraj and says in the task he was assistant to Shree Rama Chandra. He says he has asked him not to take it personally everytime. Natraj says that he threw points in a funny ways. Vishwa says he has said that he is an actor un the outer world and he is doing a good acting here.

Lobo nominates Priya and says that he has loved only one girl. He sats when he told his story, she has called his love story as a film story. He shouts at her to which she aaks him not to shout. He says he will shout. He says he has loved and respected heartfully. He says audience knows who is Lobo. They both get into an argument. He says he didn’t like it when she went on to his love. He breaks down into tears and Ravi hugs him and consoles him. Priya says that he still didn’t started the story and she said the dialogue was from a movie. He then nominates Siri. He says he took it deep wheh she told her story. But when Kajal was saying she was saying she is hungry. Siri says she said she is hungry and it doesn’t mean she taunted her.

Hamida and Anne console Priya. Shree Rama Chandra nominates Shwetha. He says he is nominated according to what has happened in the whole week. He says he tried to talk with her but she ignored him. He says no complains that she nominated. She says her nominated him because it was about the whole team. He aaks her whether she will kick him out for such a reason. She aaks him not to say this. He asks her not to back step and says she us done. Shree Rama Chandra nominates Anne and says all are equal and she shouldn’t say that boys won because of their work outs. Anne says she will nominate whoever is stronger.

Shanmukh says thar he always share his personals with him, Jessie and Siri and Ravi. He nominates her sayung he is influencing her. He then nominates Lobo amd aaks him to respect others. Lobo says he is from a small chawl and his character is different. He says they will never takr back their words when they promised. He says his World is different. Shanmukh says everyone startee from the beginning and asks him not to say he is from a snall chawl. Kajal comes next and nominates Natraj and says he takes nominations personal and becomes hyper. She says she wants to see his reaction. She then nominates Kajal and aaks him not to play safe. She says she wants him to feel the suspence. Siri then nominates Anne and saya she doesn’t like it when she has called others strong. She then nominates Siri and saya no one knows how he changes. He crosses his lines in comedy but can’t take it when someone says a thing. She says he is always taking about his status in the past which is not right. She says that she feels like he is doing this for sympathy.

Manas cones next and nominates Lobo saying he us using foul language even when he got a warning. He then nominates Natraj and says he has sajd that it’s his strategy and in next week this is his plan. Manas asks him to tell him directly. Manas asks him not to interfere when he is talking to others. Natraj says he is doing what others did. They both get into argument. Next comes Shwetha and nominates Lobo saying he is not involving in other departments. She says that he is saying he respects woman but he has done what she has done last week. She then nominates Ravi and saya he can be more active. He asks her what is the measure. He says wherever there is a need, he will go there. Next comes Hamida and nominates Lobo. She says that he in a way asked her whether she will stay with him. She says he spoke about audience but then he has said he don’t care about them. She then nominates Natraj saying he never let her work in kitchen. She says she is learning dance from him but he has asked her to dance while Shree Rama Chandra sings song. They both get into an argument.

Natraj then nominates Vishwa and saya he doesn’t find him strong anymore. Vishwa saya he will get to see in the game. He ssys he is no one to tell him that he is doing an acting. They both get into an argument. He asks who is he to say about others. He asks him to respect through words as well. He says he us losing his respect. Natraj says a dialogue to which he asks him to keep it with himself. Natraj cones and says he won’t nominate Kajal. She says she didn’t nominate in the last week as well. She says his thought process is wrong. Natraj then nominates Ravi and says he has told him that he is taking nominationa personally and ita his personal point. He says he doesn’t like it. Ravi says that he doesn’t like the way he says dialougues. Next comes Priyanka and nominates Lobo and says that she is feeling uncomfortable when he is around. She says he directly kept his hand and she didn’t like it as a woman. She says she felt bad. She then nominates Kajal and says no one is best than her in taking stand.

Ravi apologises to Priya, Lahari and his Mother because he has promised on her. He sats he would have make it up for Lahari. He nominates Kajal and says he doesn’t like it when she got physical with him. Kajal says he hurt her as well. He then nominates Natraj and says his cunning fox word is haunting him. He says eighty percent people knows he means him. He says he will swear on his profession that he meant him. He says yea he is tiger and he is a cunning fox like he said. Natraj says his heart knows why he is thinking that. Next comes Anne and says everyone is strong but then she nominates whom she finds strong infront of her. She nominates Shree Rama Chandra and Siri.