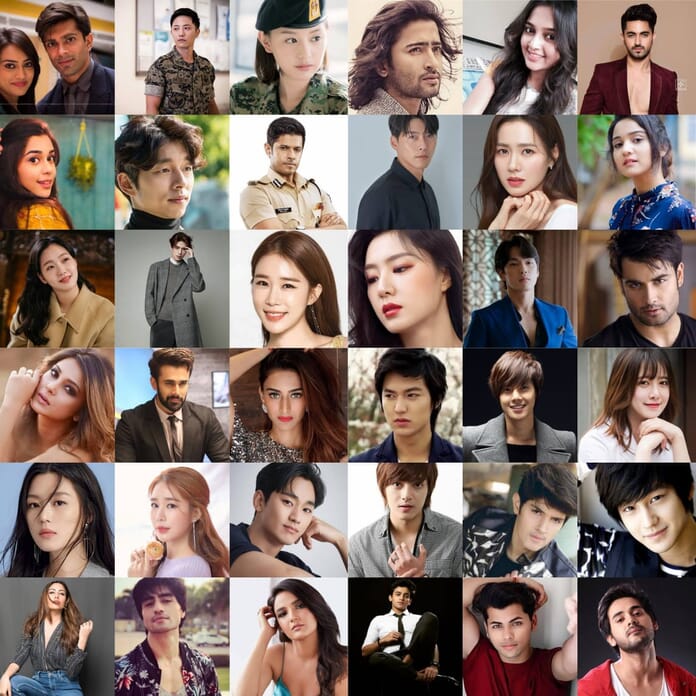 Actor Karan Singh Grover has the potential to carry the tough military characters like captain Yoo Shi Jin from Descendents of the sun. Yoo Shi Jin impressed the audience with his performance. KSG is a star too who simply smitten audience with his acting chops. He in the shoe of Yoo Shi Jin will be a treat to the eyes for the masses.

Coming to Surbhi Jyoti; the bubbly actress is no less. She fits in every character. Surbhi will be a right choice to play a military doctor. Not to mention, Jodi of Grover and Jyoti is already hit!

In the show Descendents of the sun, parallel lead played vital role too. The Jodi of Neil Bhatt and Eisha Singh can set screen on fire as a perfect Sergeant Doctor couple. Bhatt has already played cop in his show ‘Naamkaran and Diya Aur Baati hum ’and captured heart. He will definitely create an impact as Sergeant while, Eisha Singh will surely compliment him well!

Guardian – The Lonely and the Great Gods

This fantasy drama stars Gang Yoo and Kim Go Eun in the lead roles. The story deals with a 939 year old  Immortal Goblin (Gang Yoo) and the 19 year old college student and the Goblin ‘s bride Ji Eun Tak (Kim Go Yoon). This Gothic fantasy fairy tale is mainly applauded for its gripping storyline with some heart melting performances. Audience would love to witness the remake of this epic fantasy in ITV world. We all could agree that Shaheer Sheikh and Tejasswi Prakash would make full justice for the role of Goblin and his bride.

Viewers have already witnessed their enchanting chemistry in their latest music video which created lots of buzz on social media. Shaheer Sheikh who is well known for his versatile acting skill will definitely slay in the role of Immoral Goblin. His wide range of acting skills will let him do justice to the character.

On the other hand; Tejasswi Prakash too has proved her wide range of acting skills from negative to positive shades. Be it the negative Ragini in Swaragini or the bold Diya Bhaisa in Rishta Likhenge Hum Naya, Tejasswi brings the life to the character with ease. Diva will be the right choice to play the character of Goblin’s wife.

Again, the parallel leads can’t be ignored right? Especially when it is a Grim reaper and his lady love played by Lee Dong Wook and Yoo In Na in Guardian – The Lonely and the Great Gods . Well, we think handsome hunk Zain Imam and cute Ashi Singh will create a magical love story as Grim Reaper and his love interest. 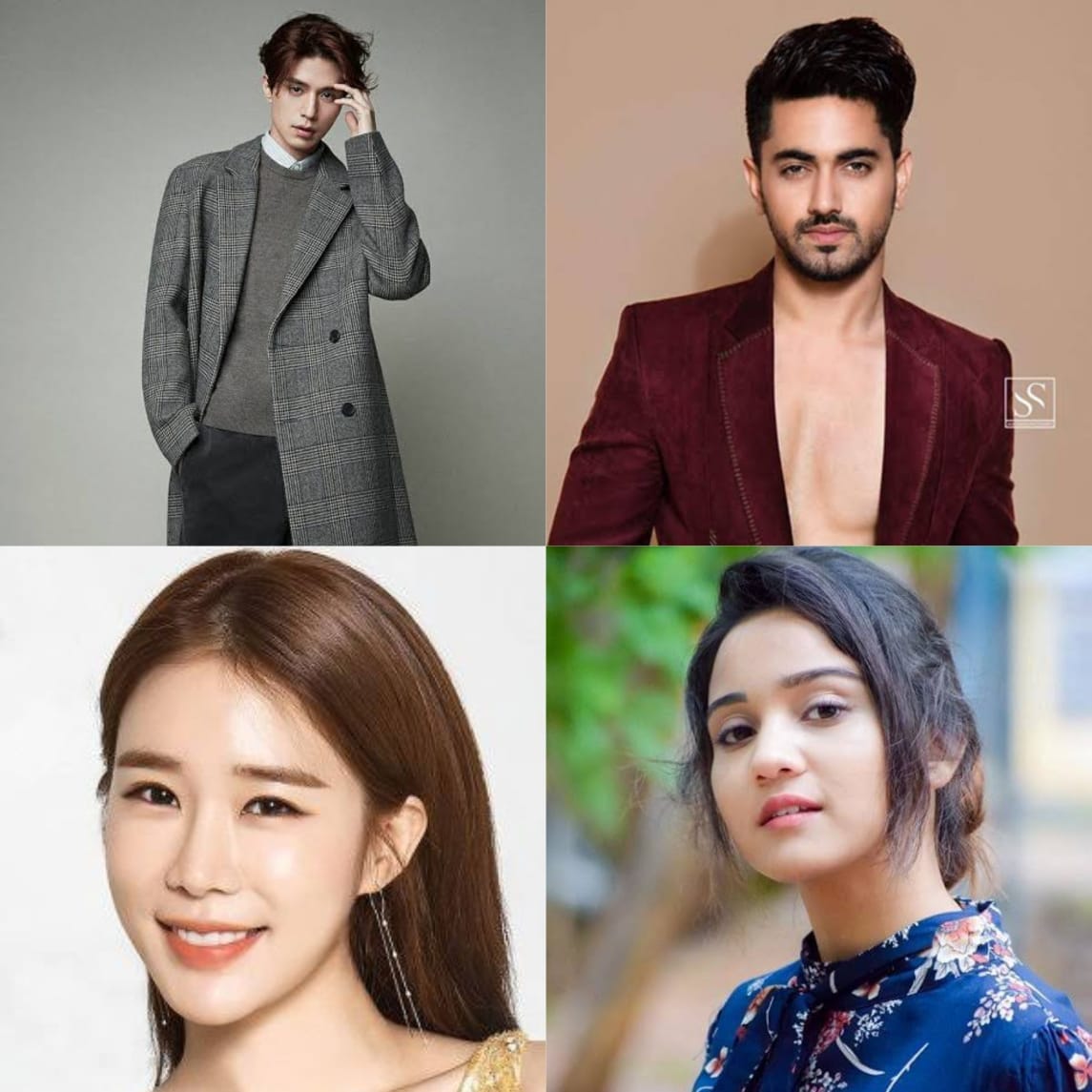 Zain Imam with his charming aura will definitely slay the role of merciless Grim Reaper. While, Ashi Singh will compliment Imam well!!

Crash Landing On You: 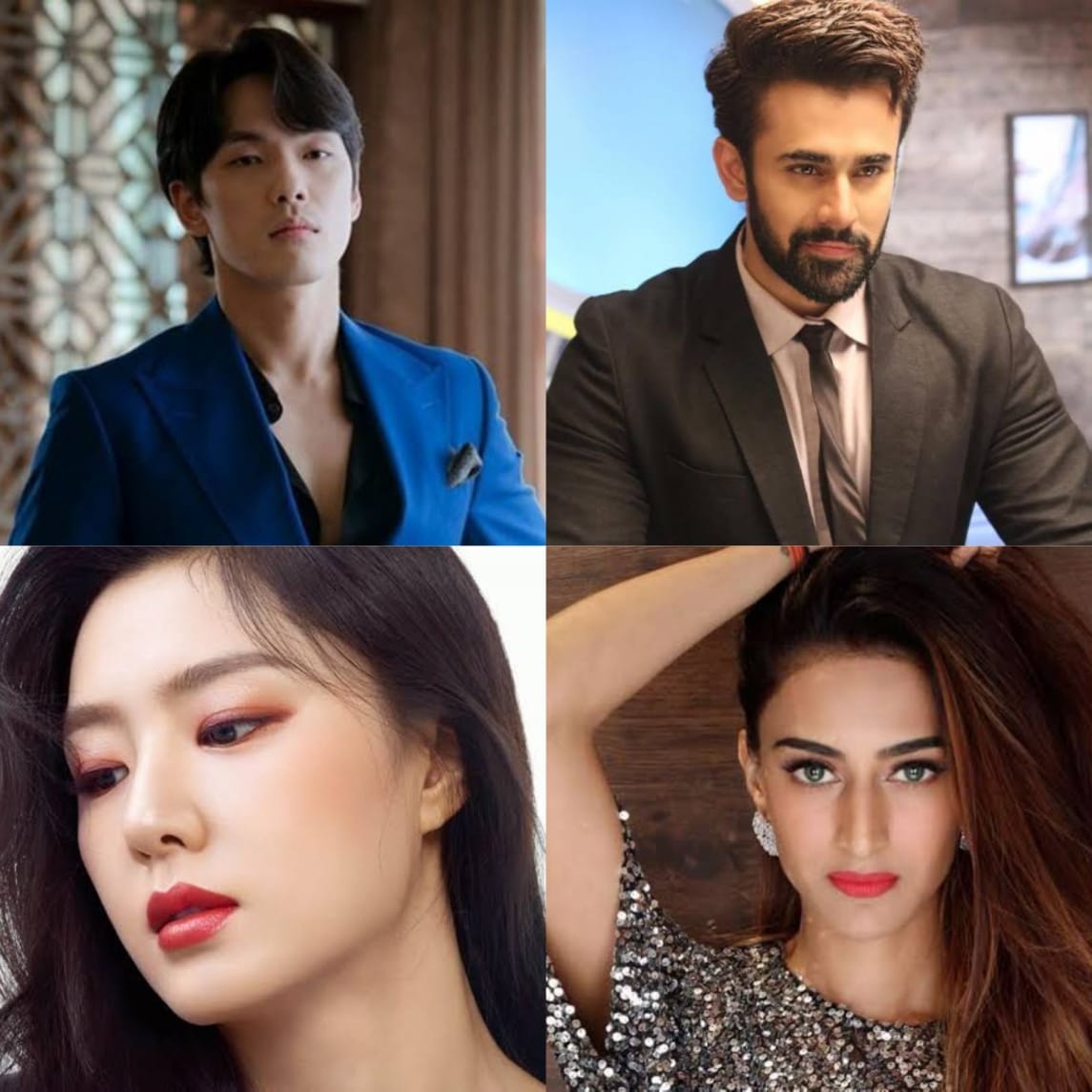 This cross border love story set with the back drop of varied lifestyle between the North and South Korea is well received by audience. The love story of a North Korean Captain Ri Jyeong Hyuk (Hyun Bin)  and a South Korean chaebol Yoon Se Ri (Son Ye Jin) has a worldwide fan following. So who do you think will be the right choice for this charming couple? Of course, none other than the ITV diva Jennifer Winget and the hot and handsome vampire of ITV Vivian Dsena.

The handsome hunk is certainly the right choice for the tough North Korean military captain Ri Jyeong Hyuk. With his extraordinary screen presence and brilliant acting skill Vivian Dsena will do full justice in bringing life to such complex character. On the other hand, Jennifer Winget is well known for her versatile acting and strong personality. She will surely slay in the character of Cheobol.

The parallel lead couple of North Korean chaebol  Seo Dan (Seo Ji hye) and South Korean conman Gu Seung Jun (Kim Jung Hyun) can be played by Erica Fernandes and Pearl V Puri. Their tragic love story can be more intensified with the brilliant performance of Pearl and Erica with no doubt.

My love from the star

This alien – human love story created a big hype among Indian audience with the exceptional performances of the lead actors Kim So hyun and Jun Ji hyun. The show received various awards.

Do Min Joon (Kim So hyun) an alien that landed on earth during Joseon Era and missed his return trip while saving Seo Yi Hwa (Jun Ji hyun). He continued living by changing his identity every 10 years with different careers. Fate intervenes, when he meets up with dumb actress Cheon Seon yi (Jun Ji hyun) who’s a look alike of Seo Yi Hwa. Cheon Seon Yi faces a strong competition with rising actress Yoo Se mi (Yoo In Na) who hates her. The love story begins when Cheon moves next door to Min Joon. No doubt, the show is definitely going to rock the charts if ever its remade. 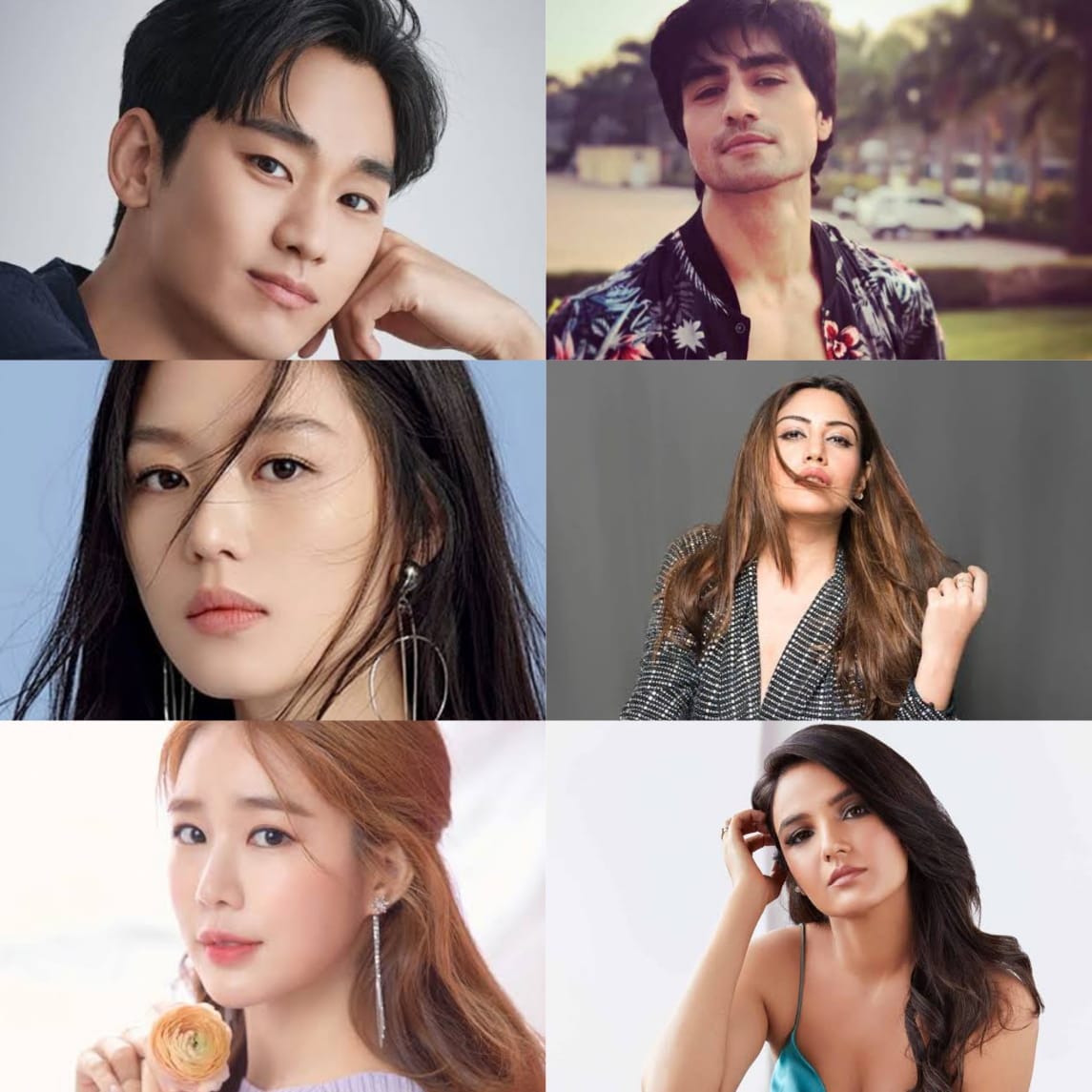 We feel actor Harshad Chopda and Surbhi Chandana will make a perfect couple if the show My love from the star is recreated on small screen.

Harshad Chopda will nail the complex character of a human looking alien. On the other hand Surbhi Chandana is the perfect choice for the bubbly actress girlfriend of alien who is also the reason for his stay on the earth. With her bright personalities and positive aura the Ishqbaaz actress is undoubtedly the best choice for the character of Cheon Son hyi. Their chemistry will also be a refreshing and also the most awaited pairing among the fans for sure.

We also feel that Jasmin Bhasin would be the right choice as the rival actress and Arjun Bijlani as her love interest will add spice to the ensemble cast.

This Manga adapted high school drama is undoubtedly the first k drama for many Indian audiences. The show stars Lee Min Ho, Ku Hye Sun and Kim Hyun Joon in the lead roles and Kim Bum and Song Woo Bin in pivotal roles. The love triangle between Gu Jun Pyo (Lee Min Ho), Guem Jan Di (Ku Hye Sun) and Yoon Ji hyu (Kim Hyun Joong) attracted was well received by audience with each having problems of their own. This high school fairy tale will definitely be a hit if ever remade in ITV. 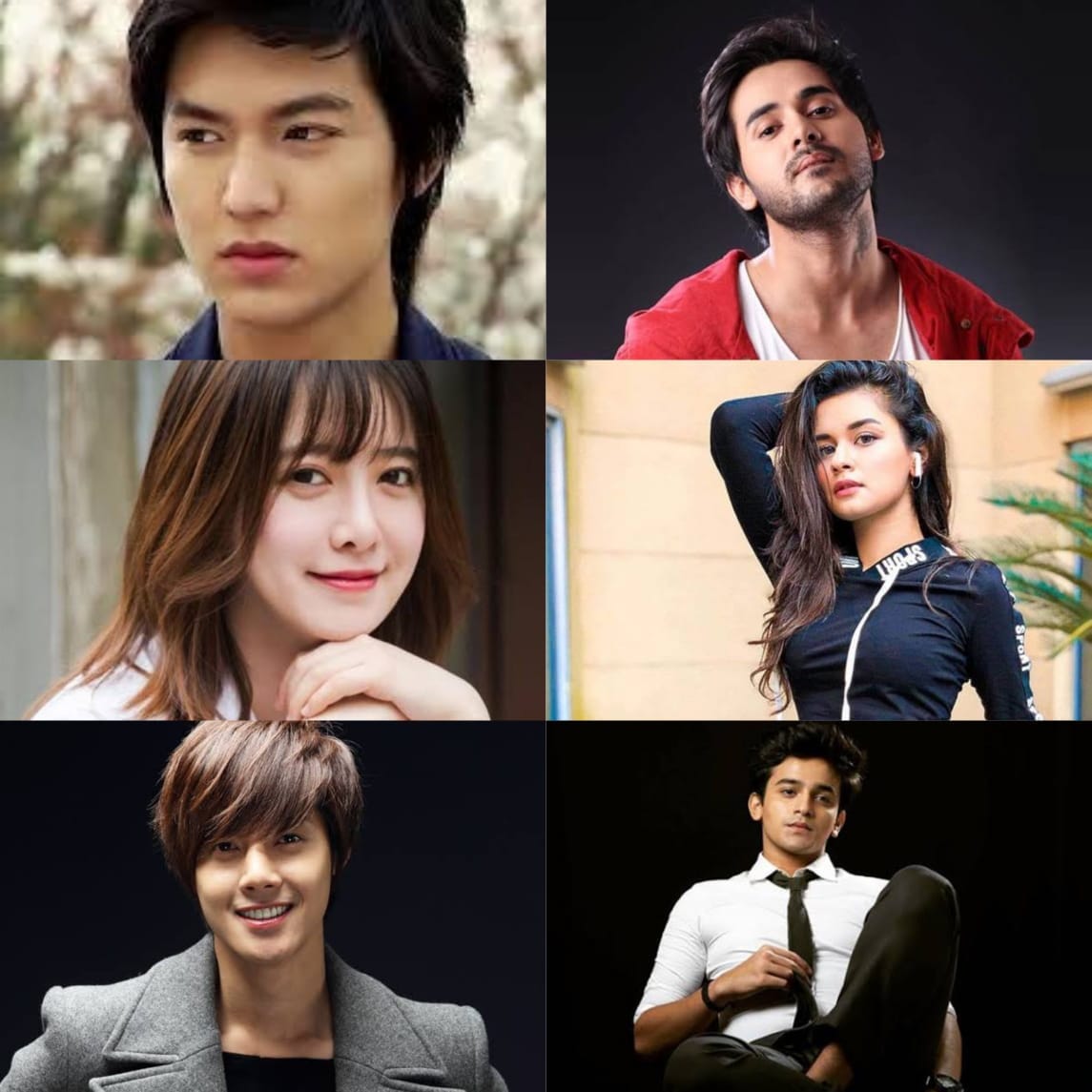 Our choice for this cute love story is definitely the young and charming Randeep Rai paired up with cute and gorgeous Avneet Kaur in the lead roles of Jun Pyo and Jan Di. The charming actor who conquered hearts with his brilliant performance as Samar in the hit show Yeh Un Dinon ki Baat Hai is undoubtedly the best choice for the cold hearted Jun Pyo. The pretty Gorgeous Avneet Kaur will be the best when paired opposite Randeep. Their young and refreshing chemistry will do justice for the lead characters with no doubt. 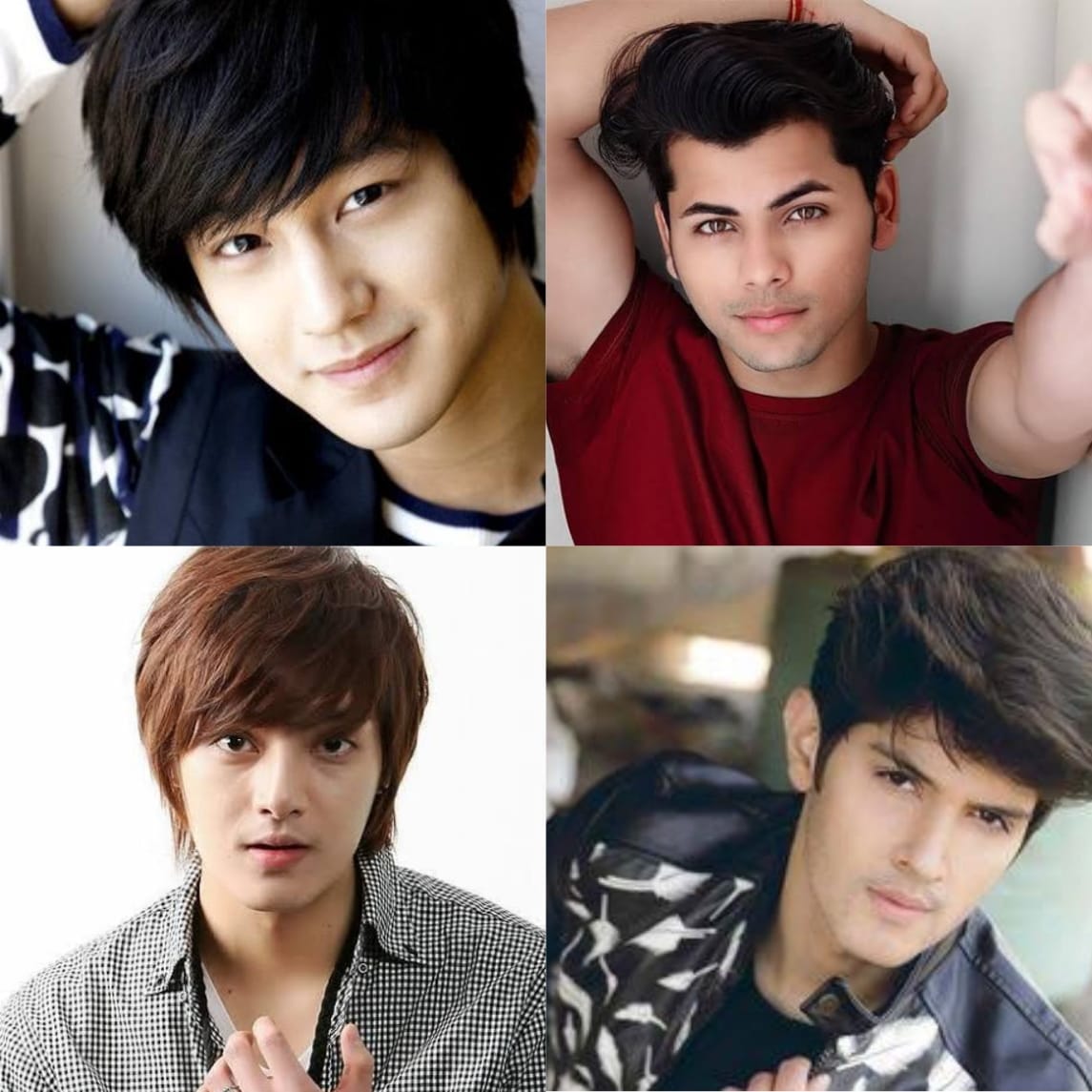 We also feel that, Pravisht Mishra is the perfect choice for the role of Ji hyu who’s the calm and heartbroken first love of leading lady Jan Di while Sidharth Nigam (Kim Bum) and Rohan Mehra (Song Woo Bin) will be a great choice for the pivotal roles.

So what do you think about the above choices of roles? Comment your views in the comment section below.