Follow us on Google News
Lakme Fashion Week Summer/Resort 2017 has just begun and it has already taken the internet by storm. Bollywood beauty Diana Penty looked ethereal as she turned showstopper for Payal Singhal in a pretty pastel ensemble on Day 3. The designer showcased the collection titled ‘Lady M’, inspired by the dark romanticism of the murder mystery “Death on the Nile” by Agatha Christie. Diana has walked for both Indian and International fashion weeks and the actress was back at it, this time at the Summer/Resort 2017 Lakme Fashion Week.
She is currently shooting for her next film, Lucknow Central, opposite Farkhan Akhtar, produced by Nikkhil Advani.
Comments Fashionable Friday: Surbhi Jyoti carries each style like a BOSS! 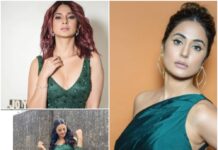 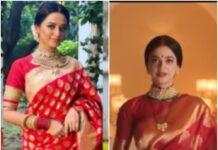