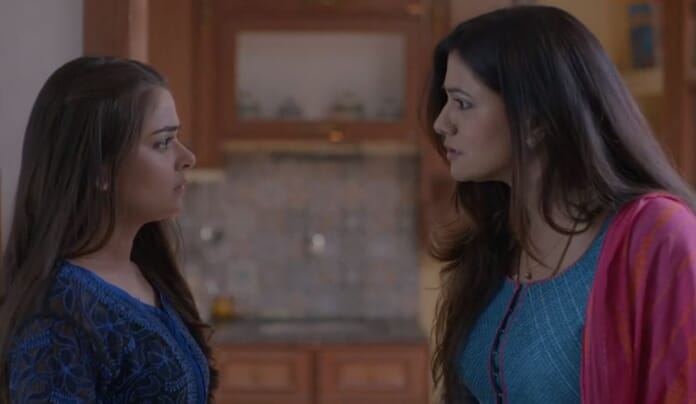 In the current track, Suman will get convinced of Kanchan and Bunty’s relationship. So they go to talk to Beena. Beena will say no to marry Kanchan with Bunty. Due to this a fight will start between Suman and Shravan as well. They won’t be talking each other and both will be very disturbed. Here, Kavita will give duty of Avni’s wedding arrangements to Shravan and Suman. When Bassi will be telling about his parents fighting, Shravan will understand and decide to apologize.

He will see Suman leaving for her house. Suman is going as Kanchan decided not to eat due to Beena’s decision. Suman will go there spend time. Shravan realizes his mistake and decides to apologize to Suman after she returns from office. Suman here goes to her home to take her mind off the fight. She meets Beena and her family and is happy to spend some good time. Shravan gets angry and misunderstands Suman. Suman will stay overnight as there will be an emergency. Shravan msgs her back saying you stay there for 10 days no need to come back.

In the upcoming episodes, Shravan will get to know why Suman lived in Tiwaris and will regret sending the msg. Bunty and Shravan will try to think what to do to solve the issue. But before they can resolve. Suman reads the msg and tells Shravan, she will return only when she feels the trust is again back. Shravan regrets.