Hello readers! As you all know, we conducted a chat session – #AskVivian where, you guys sent the questions for your favourite Vivian DSena. We received more than 1500 questions and our team had a hard time picking the best 23 out of them but glad, we were able to do so, somehow! 1. Vivian DsenaFC :- Don’t you think Shakti reached it’s saturation point? Any plans for new role or show? Or will you continue in Shakti till director’s call?

As of now I am satisfied with my show,so no upcoming shows for me as of now.

2. Aimen Aamir :- What do you think would be the hardest thing for you to give up on?

3. Arzu Gül :- What are the three things you can’t give up in your wardrobe?

4. Vivian Dsena Fans:- Krk you were really awesome in this character and really it’s suits you and you make the people laugh a lot.. so there is any chance seeing you in a comedy character & show? Or you prefer the another type of character and show?!

For me it’s  not a money making job only,it’s my passion,I don’t go for a character unless I am  sure of it.I am an actor who never stops learning,I have worked with directors who are upcoming & have learnt things from them too.i keep adding my own comic elements to Harman’s & Jolly’s character all the time. 5.*Sakek-tr Editör :- The writings on your T – shirts are beautiful & meaningful When u buy a T- shirt Do you pay attention to these sentences?!

At times I do,but Harman’s  t-shirts were at times purposely kept with a msg or a meaning .

6. Vedika vivian dsena :- What your thinking about love?!

It’s the most pure feeling in the world not found Easily; but When found Value it .

7. @AvChahat · What is the craziest thing your fans have ever done for you?

There are so many ….They are crazy mad ; however I just love them all .

I am planning for Scuba diving & Skydiving soon

[email protected] :- Favourite Dialogue of Salman Khan youlike the most ?

10. Malika Akram :- What is one message you would give to your fans?

I just love you guys & You know it. 11.*Rere AIi :- What do you think about your journey in Shakti? Do you think it added to your career and popularity or not?!

It’s the longest running show of my career & I am very Happy & Content with what Shakti gave me.

12. Nur @Nur_diyorumm :- What is the most beautiful sentence that you hear by yourmother & makes you proud?!

Once my mom saw Madhubala & for the first time she said you’ve finally learned How to Act!

14. *akshataViDian :- Vivian sir what’s your view on today’s television? Can you explain it in few words??

It’s getting better in terms of Content,the best part is that our Audience is accepting new Concepts & “Shakti” is an Example…

15.*Pravakar MukHi @Impravakar  :- One thing miss from your childhood?

I miss everyday of childhood,life was so much better & especially school days ;football tournaments were the best.

16.*Heba Atef @Heba_Vivian :- I know that in your dictionary there is a word saying

Nothing is impossible But one day you were confronted with a situation that made you think it was impossible to solve it?

I NEVER LOOSE … EITHER I WIN OR I LEARN 17.*abeer @abeersaiff  :- How do you feel about awards ? Is it the true validation for an actor ?

For me Awards are a validation of how much my fans endlessly love me and have accepted and appreciated my work.I don’t consider them awards they are the Best Rewards by my fans .

Never planned anything in life

19.*VDɪғᴄ @VivianDsena_IFC  :- If you were given only 3 colorsselection for your painting forever, which colors would you choose and why?!

Red ,Green & Blue and two for liberty Black and White.

20.*Sultana Abd Allah :- When you have any script what is the first thing you need to say yes I will be part of this work ( show)?

I should be convinced with the script then only I will be able to Convince the Audience .

21*VivianDsenaTeam :- If you are catching up on Netflix these days in between the shots or after returning to home, which TV show/movie is your favorite ?

I watch a lot of films on Netflix I have seen a lot of shows Sense8 ,Breaking Bad ; Which has been my personal favorite.

22*VIVIAN MY CHILD @meenji2262 :- If youget chance in mythological show what character you want to play ?

Not mythology exactly but period drama as  “Sherlock Holmes “.

23.*Nadjoua @Nadjoua0705 :- You have many fans who support you but unfortunately you are not active in social media. Do you read our tweets and messages? #AskVivian

I will try to be as active as I can in future.My fans always make me feel like the king of the world always.I just love them all thank you for all the love & support. 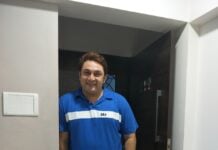 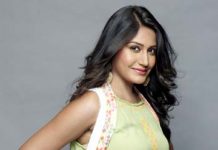 Female Leads We Want to See Opposite Mohsin Khan