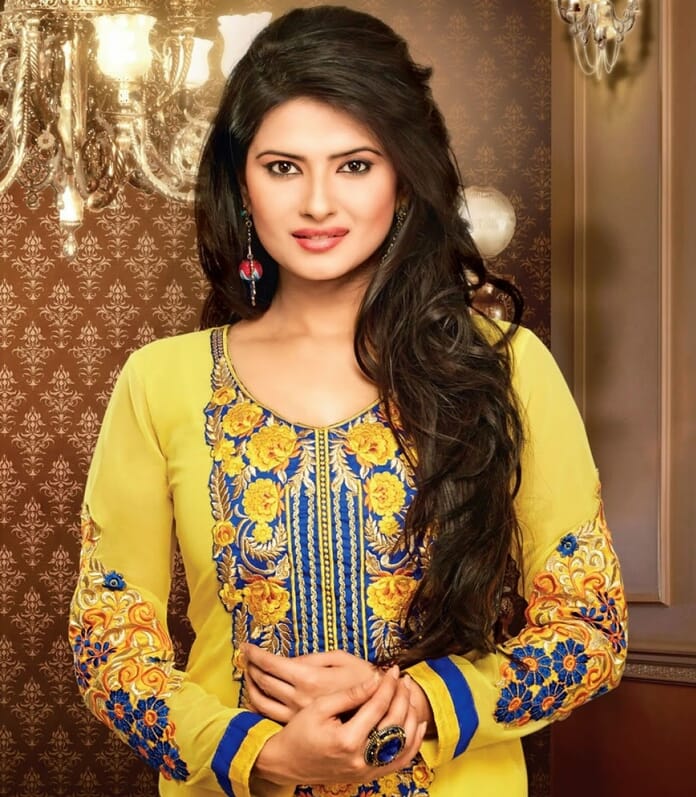 Hello readers! As you all know, we conducted a chat session – #AskKratika wherein you guys sent the questions for your favourite Kratika Dheer Sengar  who is highly appreciated  for her versatile roles in different shows. Kratika presently essaying role of Tanuja in Colors’ Kasam. Give a good read as she might me replying to your question. Most of my fans have shown me immense love. I understood the power of fan when my role had ended in Kasam but had to return back due to request from fan. Hence I am highly in debt to not only 1 fan but the applause and appreciation I received from all my fans.

Doriane @Doriane_Dori,When you were child what was your dream to become?

I never wanted to become an actor but ya I wanted to do something which would bring me to limelight and people would discuss about me. Since I am from Kanpur and there were no one in my family who knew about acting I had no idea about acting.

Ruqaia love kratika @ruqaiakratika, do you have a dream you wish to be achieved?

I believe that dreams never die, they keep us alive. If we stop dreaming then we stop living our lives. So every day we want something new from life. In the present scenario I am very happy and content in life but that does not mean that I shall not keep dreaming.

Susan D’souza @suzaandsouza23, who inspired you to pursue your  dream of acting ?

There were people who helped me, but maybe not as a help since acting was not my destination. I would like to give the credit to few of the seniors of my college who encouraged me and had a belief that I can act.

Maryum Kratu @onlyforgirls__, as an actress what advice you want to give another Actress?

I think I am not a position to give advice to other actors because the limitations are very personal and I do not want to encroach in anyone’s personal space. Everyone really good in their space. Reena Kratika @reena_bagar,one thing which You want to change within you in 2017?

I would want to change my anger. I am too much short tempered. I would like to change that.

Gracie @gracieonly,What is the best thing about yours and Ssharad’s friendship?

I shall say be it any relationship, honestly and trust is the pillar.

Kratika SD Fan World @KDinspiresKDFW,any role which you have done so far has resemblance to your real  character (Kratika)?

I shall say the role of Rani Lakshmibai in Jhansi Ki Rani.

Mayar @kratika_queen,what is the best gift in your life?

The best gift in my life is my family.

Kratika த㹤ழ் fc* @KSD_Tamil_FC which is you best surprising moment in the year 2016?

Miss_Univers @Miss_Univers4697 , which is the most happiest And crying moment in your life?

Sanakratikaholic @SanaAhmed499,if you get a chance to do something  apart from acting then what will you like to do?

I think I shall purchase care house for dogs.

Kasam fan page @kasamfanpage, from all your projects,who is ur favorite co­actor to work with him again if you get chance?

I think personally I am very fond of Gurmeet and Abhishek and Ssharad is also a very good friend of mine. I am very much comfortable working with anyone of them.

kratu_obsessed @bhatiajinni which is the craziest thing you have ever done?

(laughs) I do not remember exactly now. I know I have done many tiny crazy things.

Kunal Aggarwal @tweeshykunal, what do you like the most about your character in Kasam?

She never gives up, she has a very good bond with her relationships.

ANUSKA SINGH @Dorimika2, what are the similarities and differences between Tanu and Kratika?

No, I do not think that there are many similarities, actually I am sometimes short tempered. I do not keep trying after things do not get sorted after a long time. Tanu is too shy, I am too bindaas type.

Anita n Kratika @ruhina01, the concept of Punar Vivah and Punar Vivah as a whole was a trendsetter. What made you do the show?

The main reason for me to do Punar Vivah was it was really unique and the concept was really new. I was very clean to do it as it had a very do social message.

Yes, there is one request, they see me on telly screen every night on and off. I really want to see them, I will really love if they post their own pictures for me on social media.

Darshana  Kratika @Kratz_My_Life,if not in acting then which profession Would you choose?

I would definitely be into corporate world, may be an advertisement agency because I love interacting and I am a very critic person.

Akki, what is the one thing of Nikitin you admire much and one thing you would suggest him to change.

I want not request him to change. For me he is perfect and which made me to marry him. I admire his honesty the most.

#FaTejo Fans reviewed ‘Udaariyan’; read out their reaction on the show, on-going track and more!

Guppedantha Manasu: Jagathi tells Rishi that he is in Love with Vasudhara