Kate Sharma, who is a much talked name now a days due to her sudden and shocking allegation on Subhash Ghai about #MeToo movement left many people shocked.

1. Your first Indian serial was ‘kasam tere pyar ki’. Any memorable incident from it you would like to share from the set?

Yes it was a special Holi episode, and we had amazing memories dancing playing and colouring each other and just enjoying… Wonderful it was…

It should give me that touch and kick …and conviction to convince others as well..

3. Was acting always a path for you?

Ahh… actually I was studying law and CS and wanted to become a criminal lawyer as well, but from childhood the acting craze inside me was popping in my mind always . I always wanted to become an actor. But I never had enough support , so I came to Mumbai after my graduation and then it all started in 2016. 4. In 2016 you earned the titles ‘Miss Pune Online’ & ‘Miss India Selfie Queen’. Share some experience on it.

Yes it was just so random.. I sent my selfies in red dress from home making different faces and sent answers on there questions… so it was an online contest… after some days I was announced as a winner of that contest.. that’ was amazing and shocking itself.

5. What do you like doing on your days off?

Pamper myself , shop, travel and play with street animals, eat a lot of food. 6. You accused veteran director turned producer Mr.SUBHAS GHAI during the ‘Me Too movement’. Any comments on that?


I literally believe in karma….Rest… I don’t need to say anything !!

7. Things that annoys you the most?

When people judge a book by its cover. Eating belgian chocolate waffle and then not going to gym. Sitting alone at home sometimes. Besides, when I do my upper lips.. ufff… pains a lot. Ufff…..As an actor you have to follow diets, so it’s quite boring to eat salad and soups..but I love Hakka noodles,Rice,Pani puri etc. Food is the only thing that makes me happy . Like it is my true love.

11. YOU inked a Tattoo of ‘KATE’. Any secret behind it/ what does it signifies / what is the meaning KATE?

It’s like that bird is taking me the way where I want to go… towards my dream.. When we asked her how she herself and her journey in Showbizz over the years? The pretty actress revert back, “I started doing tv in 2017 with Paramavtaar Shri Krishna as Rani Asti, after that I did Meri Durga on star plus where I played role of a vamp… ahh.. Though I don’t look like vamp (laughs).. but yes it was memorable experience.” She further stated, “ I am now focusing on exploring myself in various movies and music videos. As an actor I feel like exploring and traveling from one character to another..and mostly it’s a game about feeling the emotion.

We wish the actor all the best from our side. 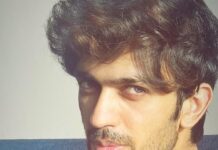 Feel lucky to be working during these difficult times, says Manasvi Vashisht 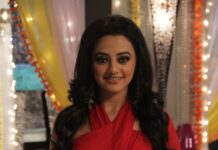 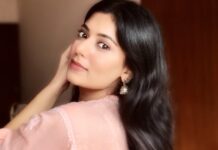 There’s no magic potion that stops you from choosing a wrong role, it’s all about learning from your mistakes: Kangan Nangia