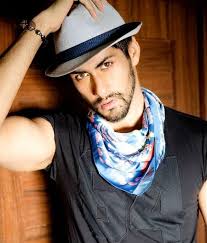 Namit Khanna is known for portraying Siddhant Sinha in Sony TV’s Yeh Pyaar Nahi Toh Kya Hai. This was his first show and he got great audience response for his acting skills. Now he is playing Dr. Siddhant “Sid” Mathur in Star Plus’s Sanjivani. His first show as lead was all about a character who lived a normal decent life but was very self independent. He was a loyal son, loyal employee never seeked favours by anyone. He played the role so naturally as if he is that character himself. His hardwork and passion was clearly visible. He is a very friendly person. This resulted in a perfect chemistry with his female lead too. Even in Sanjeevani we can see the chemistry of Surbhi and Namit as sizzling and amazing. Namit has learnt a lot and this could be seen when comparison is drawn between his last show and his current show.

He is known for his perfect looks and a perfect jawline. Girls go aww on him and have been totally into him. His looks plus his natural acting is totally applaudable.

Its just the start of his career but he has already won his fans heart. This was recently proved and seen when a fan named a star after Namit. Dr. Swati Dwivedi(https://twitter.com/_swati_dwivedi?s=08 ) a die heart fan of Namit Khanna and she has bought a star for Namit and has named it after him. She has done all the required documentation and legally named the star after her favourite actor , that is, Namit.

When Namit got to know about this he was surprised and couldnt believe it at first. He felt proud on himself that he has gained such fans who can go out of all way to surprise him like this. During a exclusive conversation with Namit he quoted-

“It was totally unexpected.. I walk into my makeup room and I see this gift wrapped box lying. I take my own sweet time to open it. As I opened the box the first thing I read is “ Congratulations!! A star has been named after you”. I look further and I see a certificate of registry with the exact location of the star. It was such an exhilarating feeling! I just can’t wait till I get to see the star with a proper telescope!”

In today’s world were fans give collages, cakes , and materialistic things , this fan has proved herself to be different. She went out of the way to make her favourite actor feel special. It was very greatful of her to do something so thoughtful for Namit.

We wish Namit best of luck for their future. We also wish Dr. Swati Dwivedi good luck too. Let us know your views about this gesture of her for her favourite actor.