Today we will tell you about some family drama shows of 2019 which managed to top in TRP chart consistently all through the year week by week.

Star Plus’s popular show Yeh Rishta Kya Kehlata Hai’s families is truly one of the ideal families, which carries their traditional culture values ​​and traditions very well.But at the same time, seeing the time and need, do not hold back from adopting new things, you can now learn well from the families of the show that if both the Old Generation and the New Generation try together, there can never be any differences between them, and perhaps this is the reason why even after more than 3000 episodes this show gives a tough competition to the other of the shows in TRP Race. Star Plus’ show Yeh Rishtey Hain Pyaar Ke is the spin-off of serial Yeh Rishta Kya Kehlata Hai. Mishti and Abir’s families shown in the show are quite different from each other, Mishti’s badi maa and bade papa never let her feel that it was not her family. They have always given her a good upbringing, taught her family values. She has been made independent, so that she can make all her decisions herself and has also protected her from her selfish father from since childhood.On the other hand, Abir’s mother is very controlling and she wants her children to always act the same as they want. Anyway, whatever the show is, it has managed to make its place in the TRP race in a very short time. One of the popular shows of Star Plus is this magic, which is also not less than the rest of the family shows.On one side of the show is the family of Aman Nawab of Lucknow, in which his mother and grandmother have brought him up to protect him from a bad genie.The genie whose shadow is on Aman because of his own father, and on the other side, the Roshni that a tawaif has brought up, But now Roshni is finding her past who were her real parents and with this the show has managed to make its place in the audience and TRP charts within a very short months in 2019. 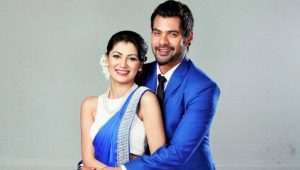 Zee TV’s famous show Kumkum Bhagya always ranks among the top serials of the TRP list due to its amazing twists and turns. The show has been with us for a long time, due to which the story of the show has also set a long journey. The show started with the story of Sarla and her two daughters Pragya and Bulbul. But now, the story has gone many years ahead and after 20 years leap, Abhi and Pragya’s two daughters Prachi and Riya’s life are going on in the show. With this, this show was one of the favorite shows of the audience in 2019 too. Kundali Bhagya is the spin-off of serial Kumkum Bhagya, which is full of family drama. The story of the show revolves around Preeta Arora and Karan Luthra. Preeta’s family has her sister Srishti and her mother whom she met after her father’s death. And on the other hand, Karan’s family has his elder brother Rishabh Luthra and his grandmother and the rest of the family members and a lot of story twists that never let the TRP of the show fall. Due to which the show was quite popular in the audience in 2019 too. The Colors TV show Choti Sardarni is itself a unique family drama show where one mother puts the love of her daughter Meher and her unborn child at stake in the greed for political power, and she gets married to Sarabjit Singh, the show managed to gain a good audience for itself in a few months, as well as the show has also retained its honorable place in the TRP chart. 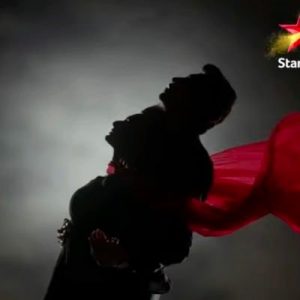 The show Kasauti Zindagi Kay airing on Star Plus is a remake of the 2001’s serial Kasauti Zindagi Ki. In which both Anurag and Prerna’s fathers are very good friends and they wanted to get Anurag and Prerna married but Anurag’s mother Mohini is against of this marriage. That’s why Anurag’s mother Mohini marries Anurag to Komolika after which the Full of Family drama begins. In both seasons, the story of the show is almost same but the thing to note is that in 2019 also, this show is very popular and people are keeping their place in the TRP race.

So these were some of the top family drama shows of 2019. Please tell us which of these is your favorite show by commenting below. Let’s get buzzing…!