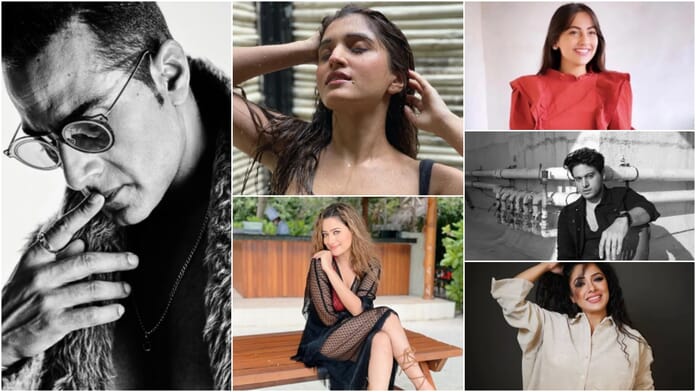 Show Anupama each week gains highest TRP both online and offline. Show plot, cast and twists hook the audience and fans can’t resist themselves from trending and talking about the show. Rajan Shahi show recently witnessed a new entry in the form of ‘Gaurav Khanna’. Actor as Anuj Kapadia impressed the audience with his first look itself. Fans are enjoying the episodes. Well, not only Gaurav but right from Rupali Ganguly, Sudhanshu Pandey, Madalsa Sharma, Nidhi Shah, Paras Kalnawat to others; the whole star cast of the show give their best and makes the show relatable. Onscreen appearance of these actors are impressive. But off-screen they are more superb.

In the recent past, actor Sudhanshu Pandey who plays the character of Vanraj Shah in the show, experienced the new look. His brand new off-screen look is remarkable. He surely give tough competition to the young actors in terms of acting and fashion both. Pandey’s picture are absolutely treat to eyes.

Sometimes ago; Rupali Gangly who is leaving a remarkable impression on the audience for bringing life to ‘Anupamas’ character; stunned her fans with her spicy off-screen look. She looked flawless in the pictures. Ganguly is way bold and rocking behind the camera and there is no denial.

Show another cast, Nidhi Shah keeps burning the screen with her off-screen pictures. Her hot pose in shower seized audience heart. Shah plays the character of Kinjal Shah in the show.

Actress Madalsa Sharma fashion game is on point. Her fashion is trendy and everyone looks upto her. She well carries western, indo-western and sometimes ethic. Her radiant skin enhances the beauty of the dresses. Check it out below!

Last but not the least; actress Angha Bhosale style statement is equally drool worthy. This flawless beauty capture audience heart with her off-screen pictures too. Angha plays the character of Nandini in the show.