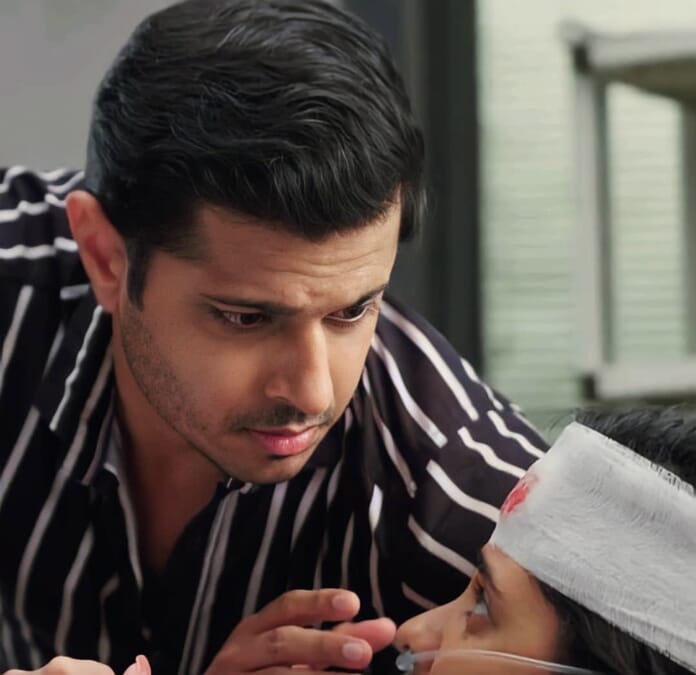 Star Plus’ show Ghum Hain Kisike Pyaar mein is yet to see a big change with Sai’s attitude. Sai who was not thinking much about Chavans, is now taking care of their interests. With Ninad now in a bit of Sai’s favour, we see Pakhi getting anxious and upset seeing Sai getting accepted by the Chavans. Where, Bhavani is slowly seem to understand Sai too.
Viewers are hoping for a confession soon. There are many expectations from the show kept by the viewers. But with Sai getting injured because of Virat’s jealousy, the bond of Sai and Virat might see a big change. What miracle will save this?

In the current track, Everyone worries for Sai and Mohit blames Virat for doubting Sai. Virat feels guilty and requests Pulkit to cure Sai. Pulkit is furious to know how Sai got injured. Sai gains conciousness and asks Pulkit to not tell Virat about her well being. Sai shares her pain with Pulkit. Pulkit determines to be firm with Virat as he really hurt Sai.

Pulkit in a way taunts and scolds Virat for being so careless with Sai. Pulkit shares about Sai’s health status with Ashwini. Virat still goes to meet Sai and tries to apologies but Sai shows her anger and disappointment in Virat. Sai says our marriage is not like other couples. Virat says then let’s make it like one. Sai then taunts Virat how he scold Ajinkya.

Virat is upset from himself and guilty so he leaves. He tells Ashwini she can meet Sai in a while as check up is going on. Virat goes and sits in the park bench. Ninad comes to him and tells him how Ajinkya didn’t wish to go to Sai’s room, it was Pakhi who forced him. Virat is angry that Pakhi was responsible for all this. Virat goes to Sai but Sai doesn’t let him care for her. Virat asks Sai for one chance and be with him.

Sai says she doesn’t trust him anymore. Virat gets disheartened. Sai thinks why Virat got jealous when he has no feelings for her. Here, Sunny makes Virat understand that he should confess his feelings and that might solve the situation. Virat goes back home all confused.

Pakhi brings food for Virat, but Virat shouts at her for creating confusion between him and Sai. Pakhi tries to defend herself but Virat says whatever is happening with you is your own deed and no one can separate me and Sai. Pakhi stands shocked.

Will Sai go into Coma? Will Virat and Sai confess to each other? Will Virat be able to save Sai?