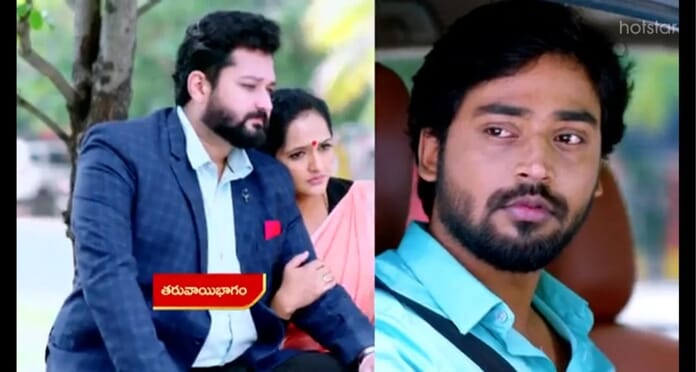 In yesterday’s episode we saw Rishi asking for Vasudhara. Mahindra says Vasudhara has gone out. Rishi asks Jagathi whether she has told her before leaving. Jagathi says she didn’t. Rishi calls Vasudhara. Vasudhara shows Rishi’s call to Sireesh who snatches the phone and cuts the call. Rishi saying she didn’t ask anyone’s permission amd is even cutting his call. Jagathi thinks that Vasudhara has pushed her into a problem. Mahindra backs Vasudhara to which Rishi warns him not to.

In the today’s episode we will get to see Rishi in the restaurant Vasudhara works. Vasundhara asks him what does he want to which he says he wants clarity. Vasudhara is about to say something but he tells her that he has trusted her and thought her to be responsible and that’s why he has given her such responsibility but now he has realised that he has done a mistake. Vasundhara is about to say something again but he asks for coffee cutting her in between. Later Jagathi asks Vasudhara to limit her closeness with Rishi and asks her to stay away from Rishi but she denies to do so.

In the upcoming episodes we will see Vasudhara going to Rishi’s house. Devayani opens the door for her. Devayani asks her why she has directly come to the house. Vasudhara says she is here to give the file to him. Devayani says just when she thought Jagathi is out of their she has sent her into their life to trap Rishi. Jagathi tells Mahindra that Rishi and Vasudhara are getting more close with each passing day. Mahindra asks why to worry. Jagathi tells him that they both are two eyes for her and if something happens in the future he won’t be able to take it.

How will Rishi realise his Love for Vasudhara? Will Rishi ever let Jagathi come close to him? Can Vasudhara mend the differences between them? Will Vasundhara ever be able to bring Rishi and Jagathi closer? When will Vasudhara and Rishi realise their Love for each other? What will Rishi do?