Amitabh Bachchan’s birthday is on 11th October. He is turning 76 this year and recently received the Dadasaheb Phalke award for outstanding contribution to the growth and development of Indian cinema. Here’s what TV actors have to say about him. Firstly, as an outsider he has made his name in this industry all by himself which is a great thing. Initially, his films didn’t get success kept ongoing. He had to go through many ups and downs though he never lost the hope and today as we all know he is one of the biggest stars in the industry. I look up to him for everything he has done in life. He is one of the biggest inspirations. His voice, diction and his presentation are the greatest takeaways. Deewar and Amar Akbar Anthony are my most favourite films of his. Wisdom almost always comes along with ageing, and I can see that is true for Amitabh Ji, enjoy your day sir, Happy birthday to you. I remember reading his article when he was doing Black. He would be the first to find on set and would sit in the hot coat, woollen cap and muffler throughout the day to get into the skin of the character. I have learnt punctuality from the veteran actor and also to spend the maximum time on the set rather than the vanity room The greatest take away is that there is no age to learn, you can keep learning all your life. I don’t have one favourite film of his, there are many films of him that I like so I cannot choose one. Wishing Amitabh Ji good wishes on the occasion of his Birthday. Amitabh Bachchan is not just an actor me, he is an institution. You can learn so much from him. His acting skills, his conduct, his discipline, his hard work even at this age is so inspiring. He is without any doubt the best actor we have. It’s difficult to pick one of his film from the body of work he has but if I have to pick one, it would be Black. May God bless him with great health and energy always. I am a very big fan of Amitabh Bachchan and if I have chosen this career, it’s all because of him. He is a bible for all aspiring actors. You just need to go through his filmography, from where he started and where he has reached today. He has seen failures but he never gave up. Initially, 13 films of his were flops. After that, he got a hit movie and he became a superstar. In the ’90s again, his career graph was going low but he never gave up. So, as an actor, he teaches us so many things. As an actor and as an Indian citizen, I am very proud that Mr Bachchan is born in our country and has done fabulous work. He is the best I have ever seen. He is a true hero, all the qualities which an actor should have, he has them. I guess he is one of the best actors in Bollywood as well as Hollywood, no one can match his charm. Mr Amitabh Bachchan is not just an actor, he is an institution of acting. As an actor, you can learn a lot by just watching his films. I have been a big fan of him since childhood and as he completes 50 glorious years in Bollywood, I would love to congratulate him and wish him good health and prosperity. 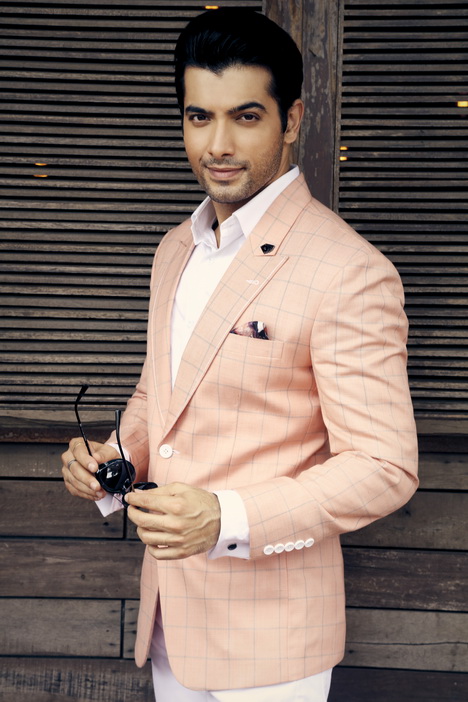 Big B has always been a big inspiration to me. I am sure he has been to all of us. Even if you are not an actor, I am sure his life story and journey are inspiring. More than as an actor, I am in awe of Bachchan Saab’s passionate persona and never give up spirit. The way he bounced back after the ABCL debacle is truly inspirational. And I have learned one thing from his life journey that never be ashamed to ask for work and never treat any work as big or small.  Respect work and do everything with all your heart. One of My fondest childhood is the film Mr Natawarlal and Satte pe Satta. I would love to wish him personally but for now. I will pray for his health and may his spirit never fades away. Amitabh Bachchan is one of the greatest actors. For me, he is an institution in himself. A phenomenon who I can easily say is the past, present, and future of our film and TV industry. He is the reason for me to be an actor and I know for sure I’m not alone to admit that. I can say it with a guarantee that no one else, other than him, has seen super stardom 3 times in his lifetime. The first time was, before his life-threatening accident in Coolie, then after his comeback with films like Hum,  Agneepath,  Khuda Gawah and the list goes on. Then, the third time with KBC, it revolutionized TV. I can go on and still can’t get over with the climax scene from Khuda Gawah of him meeting Sri Devi. I must have seen that scene a 1000 times and I have decided to give a tribute to his character Badshaa Khan. I’m coming out with a new restaurant in my hotel by the name BADSHAA. I think it will be one of a kind of place, dedicated to him and one of my favourite characters played by him. I planned to launch it on his birthday but there was a little delay in its launch. He’s my idol and I worship him. Zanjeer, Agneepath, Coolie are just some of his masterpieces. I hope I can learn more from him every day. His talent, discipline, dedication and positive zeal are just so motivating. He’s had many falls in his career but he has always come back stronger than before.  He deserves all the awards and accolades. He’s an international superstar and I can’t imagine the Indian film industry without the Shehenshah himself. Firstly, I want to wish Amit Ji a very happy birthday and secondly, congratulations to you sir for the Dadasaheb Phalke award. I know there are many more to come. I wish that you surprise us every year with something new. My favourite films of Amit Ji are Don, Deewar, Baghban, and Sarkaar. I am inspired by Amit Ji’s discipline, dedication, passion and the magic which he carries during his performance. Tum jiyo hazaro saal Amit ji, Love you.