Last night in England, AVTA 2019( ASIAN VIEWERS TELEVISION AWARDS) were held. There were many categories and many top Indian TV shows were nominated. Stars like – Harshad Chopda, Erica Fernandes , Nakuul Mehta , Kunal Jai Singh with his wife Bharti Kumari , etc attended this event. The show was hosted by Karan Tacker.

We bring you the exclusive list of the important award winners!

Male Actor Of The Year 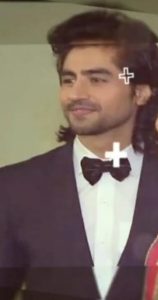 This award was won by none other than Harshad Chopra. The appreciation he got for his role in Bepannah , this award was the result of that hardwork. The actor looked very handsome in his black suite. He seemed very overwhelmed on the stage. He thanked his crew and supporters and dedicated the award to his fans and voters. That’s what makes him so ground to earth actor.

Female Actor Of The Year This award was won by Erica Fernandes for her role of Prerna in Kasauti Zindagi Kay 2 . She looked beautiful in her gorgeous in a red and golden lehenga choli. She went on the stage and collected the award with a big smile.Then she thanked everyone.

She mentioned in her speech that , “last time I was unable to attend AVTA and collect my award. I am glad this time I attended AVTA 2019. This is my first time in England and I cant think of a better way , England could have welcomed me. This award was the best way to welcome me.”

Soap Of The Year

Bepannah won the award of Soap Of The Year. Everyone appreciated Harshad and Jennifer ( the leads of the show) and they shared an outstanding chemistry. Even on the stage there was a mention of how terrific the lead’s chemistry was. Harshad collected the award on behalf of the whole team of Bepannah( which used to be telecasted in Colors).

We wish these Celebrities and shows a hearty congratulations for this outstading achievement. Shoot your views in comments!