News is that a college that specialises in physical training in Indore wants to give an honorary degree to Bollywood actor Tiger Shroff for his dedication for fitness!!

Ever since his first release, Tiger has wowed us with his awesome dancing skills, terrifying stunts and superbly chiseled body.

The actor has been an avid student of Martial Arts and has been practicing it from the age of four. His exceptional dance skills have received appreciation from all quarters and his recent stint with Baaghi has garnered much love.

Tiger Shroff has always been giving fitness goals and has made a point to charm everyone with his amazingly fit and fab physic.

Tiger is passionate about working out and hits the gym regularly without a break and has left no stone unturned in showing dedication towards his physicality.

The actor’s incredible body has set a benchmark for youth generation and has also become an inspiration.

Tiger who is also a die-hard Bruce Lee fan is even known as the face of martial arts in Bollywood.

The young and dynamic actor has set an example for the students of the institute with regards to his fitness and physic for which they have decided to honor him.

The actor is overwhelmed and touched with the honour given by the Institute. 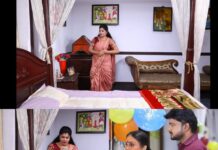