Hotstar Specials in conjunction with RMF (Ram Madhvani Films) is set to launch Aarya – a story where organised crime is the daily family business and betrayal runs deep. The world of Hotstar Specials show Aarya starts with a loving wife & doting mother (Aarya), her reluctance to be involved in the illegal narcotics family business; whose life is suddenly turned upside down, her family is threatened and, in the quest to protect them she is forced to become the very person she always avoided. She realizes that to protect her family from criminals, she herself needs to become one!

Former Miss Universe and actor Sushmita Sen makes her digital debut as the protagonist in this titular show, after staying away from the spotlight for over a decade. Popular actor Chandrachur Singh also returns to the screen in this riveting story. The show also features an ensemble cast of talented actors Namit Das, Sikandar Kher, Jayant Kripalani, Sohaila Kapoor, Sugandha Garg, Maya Sareen, Vishwajeet Pradhan and Manish Chaudhary in pivotal roles. Co-produced by Endemol Shine, Aarya is an official adaptation of popular Dutch crime-drama Penoza.

Directors Ram Madhvani, Sandeep Modi and Vinod Rawat have shot the entire series in 360 degrees system with natural lighting that gives the show a real, believable look – a first for digital content. Writers Sandeep Srivastav and Anu Singh Choudhary have highlighted the dichotomy of familial relationships that’s riddled with betrayal and deceit. Shot amidst the opulence of Rajasthan, Aarya showcases a contemporary India with a strong take on women in power roles. Hotstar Specials presents Aarya is slated to release on 19th June 2020 only on Disney+ Hotstar VIP.

Ram Madhvani, Director, Co-creator and Co-producer RMF (Ram Madhvani Films) said, “The world of Aarya is a complex web of emotions, twisted family bonds and betrayal at the heart of it all. It’s a bold and strong narrative that takes it beyond the spectrum of a crime-drama. Every character has a purpose in Aarya’s journey as she goes from being a homemaker to a hardened criminal. I spent many years trying to build this world brick-by-brick but I didn’t do it alone – 588 others from the cast and crew have built this show from ground up! I am thankful to the team at Hotstar Specials who have helped us bring this vision of Aarya to life; and to the immense talents of both Sushmita Sen and Chandrachur Singh and to all our actors.  It’s going to be an unpredictable but refreshing watch!”

Actor Sushmita Sen said, “Aarya represents strength, determination and above all vulnerability in a world full of crime, a world run by men. For me, personally, it is the story of family, betrayal and a mother who is willing to go to any length to protect her children. It took me a decade to find a role like this to sink into and I’m thrilled to be a part of this incredible story. I am thankful to Hotstar Specials, Ram Madhvani and his team for giving me the role of a lifetime!”

Chandrachur Singh, said, “Things heat up quite fast in Aarya as a web of lies and betrayal begins to unravel itself – almost like a butterfly effect. The beauty of digital content is that there is a brave new form of storytelling and I am beyond exhilarated to make my debut with this show. The level of tension and intensity fuelled by several plot twists, and a mystery at its very core will keep the viewers guessing.”

Born into an upper-class family in Rajasthan, Aarya (Sushmita Sen) is a doting wife to Tej (Chandrachur singh), an obedient daughter, a loving sister and a dedicated mother to three beautiful children. Her family owns one of the biggest pharmaceutical companies which is a front for an illegal drug ring that is run by Tej, Jawahar and Sangram – her brother. When she finds her husband getting sucked in too deep into the family business, she gives him an ultimatum to either leave the business or leave her & the children. Suddenly, Tej is mysteriously attacked, her family’s lives are threatened and this changes Aarya’s life forever. She now embarks upon a quest to protect her family from rivals, discovering dark secrets about her family and the business, while getting sucked deeper into the very world she wanted to leave.

Disney+ Hotstar (erstwhile Hotstar) is India’s largest premium streaming platform that has changed the way Indians watch their entertainment – from their favourite TV shows and movies to sporting extravaganzas. With the widest range of content in India, Disney+ Hotstar offers more than 100,000 hours of TV Shows and Movies in 8 languages, regional and national News, and coverage of every major global sporting event, including the IPL. Disney+ Hotstar Premium has a large selection of Disney+ Originals, latest American shows, blockbuster Hollywood movies and award-winning content from International studios; whereas with Disney+ Hotstar VIP, users get access to Disney content in local languages, exclusive new content from the Hotstar Specials label, access to STAR network serials before television, and the latest and best of live sporting action. In its earlier avatar, the Hotstar mobile app has notched 400 Mn+ downloads, making it one of the most in-demand apps in India and also secured top spots on the Google Play Store as well as the Apple App Store. The app’s success reflects its highly evolved video streaming technology as well as the quality of experience across devices and platforms. 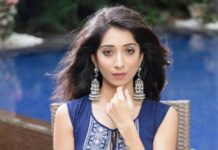