Excerpts:
What has been so special about your career journey?
I have been doing theatre since 2001. I have done many western Gujarati plays with different actors like Dilip Joshi, Tiku Talsania. I have also done many Hindi plays like Naughty at forty with Paresh Rawal and the number went on to a whopping 150-200 around the world. I have fun especially in Hindi theatre because I can connect easily to the people and actors around me.
Anything special you want to share about Paresh Rawal?
I had fun with him during the rehearsals of the play. You get to learn so many things from him. He is not just a versatile actor, but a comedian as well. Comedy is his USP. His timing, the levels and decency of the jokes and comedy, all these minute things about acting I had learnt from him.
Have you done any plays in the past? Please share the names.
I have done many plays in Gujarati, including Jalsa Karo Jayantilal in 2001 with Dilip Joshi which was my first.
What is so special about the play I Love You Two?
There are two reasons why I am doing this play. Firstly, Sanjay Jha who is the producer and writer is one of my close friends. He knows what kind of an actor I am, he has seen my acting levels closely. He knows my capability. Secondly, I have done many Gujarati plays with director Tushar Joshi. I have learnt many things from him. So I feel happy and secured working with the people I know. Theatre gives a different level of satisfaction.
Share your character details.
I am Kishan’s neighbour. The character is very cute. He always gets into some kind of trouble. So it is a very comic character.
On stage, you cannot do retakes. Comment.
Yes, this medium itself is different. You don’t even get to do shot divisions. So we have to start rehearsing two months before the actual show. For I Love You Two, we started rehearsing since January 25th. So you get to see this journey in the play itself.
What have you to say about the theatre industry?
People are very passionate in all the industries. But, in theatres, you have to create illusions rather than materialistic things which are created in the television industry. The live response you get from the audience in the theatre is something really different, and that is what I am passionate about.
So have you also done TV and films?
I have done both, but majorly I have done theatre. I have done television shows like Balveer on Sab TV. I had done some 50 characters for that for which I was listed in the Limca Book of records. I have also done films like Oh My God.
Theatre actors are always respected. Comment.
Theatre actors get respect because of the roles they play. The characters get so much time, that their biographies till death get pictured in the audience’s mind. So the character is not raw, like that in TV where the character does not that get that much time.
How is it working with the writer and producer Sanjay Jha?
He is a very good friend of mine. We know each other so well, we are very comfortable with each other.I loved working  with my co-actors like  Hitenji, Toralji, Falguniji. It was like working with a big family.
Any interesting incident while you were rehearsing?
There were many fun and masti moments. I had a different bond with each one of the actors, Hiten, Vishwanath Chatterjee. Hiten Ji is very mischievous though he doesn’t look like one.
Do you like playing comedy roles? Would you like to play any other roles?
No, being an actor I also like to play serious roles, and I have done both, mostly comedy because I like it and that is my forte. I would like to play more serious roles, because I want to break the myth of the people who think that being the actor of my size, I can only do comedy roles. We need to have that dignity.. if we can do comedy, so can we do many other roles. And I have proved it before, I had done a show called Krishnaben Khakrawala, where the character had two shades, grey as well as comedy.
You have achieved so much, inspite of your physique without caring what other people say. So what message do you want to give to the people who have the same problem?
Firstly, you should remove the feeling of inferiority. If mentally you feel that you can’t do anything, then you will never achieve anything. Appearance does not matter much, what you can do is what matters. If appearance would have mattered, actors like Nawazuddin Siddiqui, Om Puri, Naseeruddin Shah would not have succeeded. They have achieved so much in the field of acting because of their talent. God has made everyone special with unique identities. God has sent everyone with a destiny and that person should feel complete in the world.
Attachments area
Comments 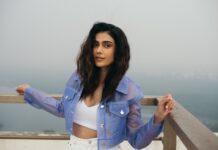