Actress Tulika Patel recently joined the cast of Rajan Shahi’s “Anupamaa”. She is seen as Kamini, who has come for Paritosh’s engagement from a village. Soon after her entry, she was caught by Anupamaa with the stolen engagement ring. She says people can associate even with her character as it’s very real and shows the not-so-good side of human nature.

Talking about her character she said, “Kamini is not mean or bad, she is greedy, and she has the habit of comparing with others, and she can easily get jealous. I think she is very real, she is just like any other woman whom you will meet at a party who will praise you and then will compare you or will feel jealous. She will remind you a lot of people around you and also the hidden aspect of human nature. So I think if Anupamaa shows the good and positive side of human nature, Kamini portrays the hidden side which people don’t want to show you others. So in a way even Kamini is very relatable.”

Talking about the content of the show, she said that even before she entered the show, as an audience she loved it and always got teary-eyed looking at Anupamaa’s struggles.

“Every house has an Anupamaa. Anupamaa will remind you of your mom, aunty, grandmother, or yourself. The show is so beautifully written that anyone will fall in love with it. As an audience, I was in awe of the show since day one, I don’t even remember how many times I cried watching the show. Though I agree that the beauty of the show is its content, the stellar cast like Rupali Ganguly and Sudhanshu Pandey enhance that beauty,” she said.

“And Anupamaa is so simple, she has food stains on her clothes, her saree is tucked in, she is not one of those women on the television wearing heavy jewellery and doing all these things. That looks fake, but Anupamaa is as real as our moms or aunts. I think all this also helps in connecting well with the audience,” she added.

She also revealed that this is a learning experience for her, and said, “I was in love with Rupali’s ‘Sarabhai vs Sarabhai’ character Monisha, and I think every girl at one point had a crush on Sudhanshu, so to get a chance to work with them can’t be described in words, and I learn a lot from them. The best part is even during this COVID time, when people look at each other with suspicion, the whole cast still sits together and eats together, of course while following social-distancing and other protocols. It’s a very nice and unique experience for me, especially during this pandemic.”

The actress, who was last seen in “Bakula Bua Ka Bhoot”, said that getting a chance to work with producer Rajan Shahi was a dream come true for her. She said, “I have been a fan of his work for a very long time, and getting a chance to work with him cannot be described in words. He takes care of each and everything and the atmosphere on the set is so warm. Even on my first day, I did not feel that it was my first. It’s so homely.”

But what about shooting in the new normal? Tulika said, “Initially I was a little apprehensive thinking how I will manage, but when I went on the set, there were sanitisers everywhere, temperature checks are done twice or thrice in a day. We get kadha on the set. In fact, once my mom called and asked how I am taking care of myself, I told her it’s better than what I would have done at home.” 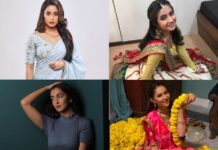 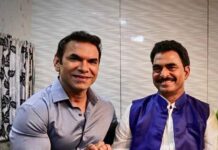