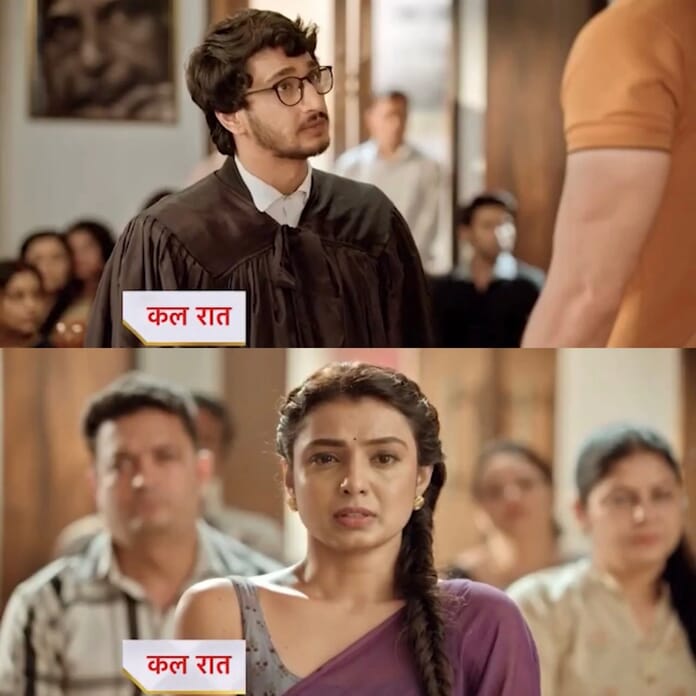 Star Plus popular show Imlie garnered a huge amount of audience from the date of its launch. The storyline is getting interesting with each passing day specially after Aditya’s shocking revelation. Malini accepted that she can’t move on. Malini’s realisation has become a threat to Aditya and Imlie’s marriage. Imlie learned about Malini’s intentions and decided to stop her. Malini’s shameful act angered Imlie and she filed a complaint against her despite having no support of Aditya. Tripathis attained a court session. Will Imlie be able to prove Malini wrong? Will she get her rightful place in Aditya’s house? It will be interesting to watch.

Earlier its seen that, Aditya told Imlie to withdraw her complaint against Malini but Imlie was adamant. Malini got bail with lawyer Desai’s help and then she met Tripathis. Anu threatened Imlie to take back the complaint as noone is supporting her. No lawyer will take up her case. Much to their shock Kunal entered and said that he will fight case against Malini, if she really took advantage then she will get punishment. Tripathis refused to cooperate with him.

In the future episodes we will see that Malini will meet Kunal to tell him that he should not fight case on behalf of Imlie but Kunal will refuse to help her. Malini and he will get into an argument. Later Anu will assure Malini that the case will be dismissed. Tripathis will get a court notice to give statement there. Anu will send a crowd to stop them from reaching court. Imlie will stand up for Aditya while people will be accusing him. Dulari will support Imlie. Mr Desai will call the allegation fake and he will question Aditya’s character for marrying an 18 years old girl. He will also accuse him of molesting Malini. Kunal will tell Aditya that Malini has stopped the divorce proceedings. Aditya will get shocked to know that.

Will Imlie win this battle?