Star Plus newly launched show Imlie garnered a huge amount of audience from the date of its launch. The gripping storyline filled with twists and plots makes it engaging to audience. The show tells the life of a village girl Imlie whose fate gets entangle with a reporter Aditya and her half sister Malini in a complex love triangle. Earlier it’s seen that Malini, brainwashed by Anu starts doubting Imlie and Aditya. Now it will be seen that Aditya clears the misunderstanding but however feels injustice towards Imlie.

In the previous episodes it’s seen that Tripathis go out to dine in order to celebrate the arrival of Nishant’s car. Imlie wants to accompany them but they asks her to study instead and don’t let anyone unnecessarily enter. They gives her a pass code to let anyone in. Aditya too stays back at home as he needs to complete some urgent work regarding bridge collapse. Aditya says I love you to Imlie as pass code making them uncomfortable. Tripathis meets Anu in the restaurant who taunts them once again with their status. Anu gets furious on learning about Aditya and Imlie alone at home irking everyone. Later, Malini finds Aditya and Imlie in a restaurant and Anu provokes her against them.

In the upcoming episodes it will be seen that Aditya has actually taken Imlie out to join the family dinner. However he learns about the scam person visiting the same and thus decides to spy on him. Imlie helps in his mission and they both records the incident hiding. Malini who is provoked by Anu misunderstands the situation. However Aditya clears the misunderstanding. Anu is still not convinced while Aditya feels Imlie getting insulted unnecessarily. Later Aditya thinks that Imlie needs a family of her own and asks her to study well and marry a good guy. 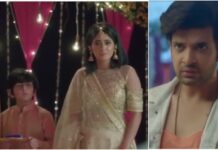 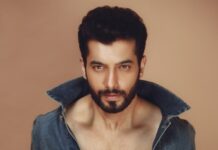 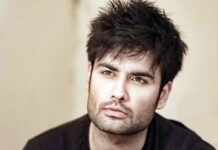