Ishqbaaz: to which 2 months back, actress Niti Taylor had joined the star cast as Mannat in the show has shared heartfelt message where she has underlined how this journey was short, but worth it!

After Surbhi Chandra who played the character of Anika in the show left the show, Ishqbaaz took the leap thus making an entry of Mannat aka Niti Taylor in the show as the new lead opposite to Nakul Mehta.

This three years long show is going off-air; this news has shocked and shaken not only the fans of the show but the actors of the show too.  From Nakul Mehta (who in the show had played the characters of; Shivaay Singh Oberoi and Shivaansh Oberoi) to Niti Taylor (who plays the role of Mannat in the show) actors took their social handle and penned down the heartfelt gratitude message for their fans.

Niti Taylor in her post said that she has given her “heart and soul to Mannat kaur Khurana” further elaborating the message how she is going to miss the masti on the sets and lastly concluding it, by thanking all the cast and crew members.

Read What More she has said in her post!

So last day of shoot, ISHQBAAAZ which just wrapped up! 2 months and so many memories. Indeed a short journey, but worth it! I’m not sad that it’s the last day, they say all good things come to an end, so that something new can come into your life. Noticed or unnoticed- I did give my heart and soul to Mannat Kaur Khurana. I would like to thank Gul mam for this opportunity, it was my dream to work in Star Plus as a lead. And it happened! And that too with the best production house I have ever worked with! Thank you for creating mannnat harneet, mam, I have never played a bubbly character who talks patar patar karke, you made me live the character. Thankyou to the dialogue writers for giving me the craziest shayris where I use to be "Like okay, how am I going to do this?" Thank you to the direction team- for making me a better actor; you guys have taught me a lot. Thank you- to my co actor- Nakul I really used to look upto and wanted to learn so much from you, I’m a fan of your witty nature😂🤣 I have learnt so much from you, thank you for always trying to get the best out of me. Abhishek Saransh pal radhika Anup nani zaan I’m going to miss each one of you so much, my lunch breaks will be incomplete, my tiktoks, my mornings, you all packing up before me and rubbing it in my face+ such fun memories! In such a short span of time I've made such close friends. I’m going to miss you all. And lastly, but not the least, to all the technicians and crew members – Thanks a lot for the tireless effort. Ishqbaaaz will always be very close to my heart. God is great. Until then, see you all on the other side! @gulenaghmakhan @sufibaby @lalitmohan08 @afzalsayyed.as @nakuulmehta @paljohn_ @zaan001 @the.sandeep.mohod @sharainkhanduja26.sk @abhishek_singh_pathania @anup.d25 @saraansh___ @praanavsrathod @dishiduggal

Earlier, Nakul Mehta has also posted a video where he has expressed his gratitude and thanked each and every one who was the part of this journey. He also thanked his fans for all the support and love they showered to him and to the show throughout.

Actress Mansi Srivastava, who too was part of this show couldn’t stop herself from penning down a message on her social media as how she gonna miss this show. The actress missed the wrap up party of the show to which she has also expressed her feelings in the message.

How much you all are going to miss ISHQBAAZ, do let us know in the comment section below.

Stay Tuned  With Us For Lots More! 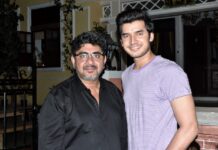 Rajan sir assured that ‘Anupamaa’ will change my life, and I can see that happening: Paras Kalnawat 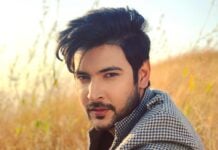