Netflix next upcoming Indian original series coming this month is Typewriter. It is a series from Kahaani writer-director Sujoy Ghosh. There are five episodes in the mystery thriller series Typewriter.  The location of this series is Goa.

“Typewriter is about a haunted house and a haunted book that stir the imagination of a group of young, wannabe ghost hunters, and a dog, determined to capture the ghost that plagues the notorious home in their neighbourhood in Goa. When a new family and their captivating daughter move into the haunted home, the crew finds it difficult to balance the demands of school and chores with the renewed urgency to capture the neighbourhood ghost before it is too late.”

Typewriter trailer opens with a search of three young friends, who are searching for ghosts in Goa, and come across this estate. Things take a weird and spooky turn when a new family moves in. Afterwards, the home’s haunted past resurfaces in chilling ways. Chilling ways do include dropping of bodies mysteriously.

The Typewriter trailer starts with a police officer (Purab Kohli) observing that a new death that seems natural, it isn’t. He discussed with someone that the family used to live in Bardez Villa, the haunted house, also had a girl. The trailer proposes that she might have died under mysterious circumstances. One of the kids notes, “the soul is trapped between universes”, if the death isn’t natural. The police officer then remarks that there’s only commonality between three deaths. That is it might be a woman. Those it becomes scary when one of the kid says “Meine dekha apne kya kiya” to someone (possible Ms. Ghosh). Towards the end of trailer, Ms. Ghosh is confused about her being a suspect of murders. 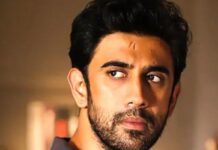 Amit Sadh reveals the making of Kabir Sawant 2.0 in Breathe: Into The Shadows Top 5 Webseries that you could binge watch 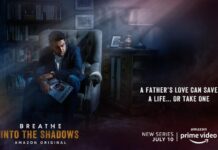 Makers of ‘Breathe: Into The Shadows’ urges fans to not reveal the thriller aspect of the show