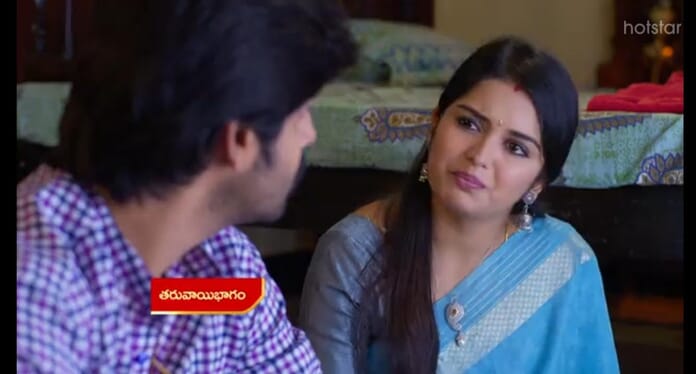 Janaki Kalaganaledu is a Star Maa’s hit popular show. The unique storyline of the show attracted the viewer’s attention. Janaki is a well educated woman who wants to become an IAS while Ramachandra is a sweet vendor. They both are married. Ramachandra adores his wife and supports her in every situation. The leads of the show Janaki and Ramachandra are loved for their chemistry. In yesterday’s episode we saw Jnanamba giving the keys to Janaki and saying that she has got full trust on her that she will fulfill the responsibilities of the house. Janaki takes the keys and bending on her knees keeps them near her feet and says that she can’t take them. Ramachandra asks her how can she answer back to his Mother. She still denies to take the keys even after he asks her. Govindraju asks her the reason to which she says she don’t want to talk about it amd she don’t want to take up the responsibility. Later Ramachandra distances himself from Janaki.

In the today’s episode we will get to see Janaki asking Ramachandra to talk to him and telling him that she knows her husband’s heart. He says if she knows soo much then how didn’t she know that her husband will be hurt, her mother in law will be hurt when she denied to take the responsibility of the house when she gave her with soo much of trust. He tells her that he can’t get it out of his heart that she hurt his Mother and leaves from there. Mallika comes out with her plans to trouble Janaki after seeing the distance between her and Ramachandra.

In the upcoming episodes we will see Janaki asking Ramachandra to listen to her. Ramachandra asks for him shirt so that he can leave to the shop. Janaki says that it’s understandable that he is hurt but then he should also listen to her point of view before distancing himself from her. She asks him if he can see his mother hurt then she will take the responsibility this moment itself. Janaki and Ramachandra sees Jnanamba standing near the door with Govindraju.

Why didn’t Janaki take the Keys? What will happen once Jnanamba comes to know about Janaki’s Education?