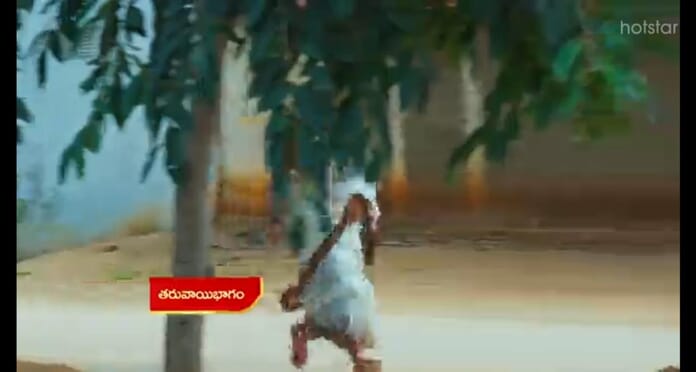 Janaki Kalaganaledu is a Star Maa’s hit popular show. The unique storyline of the show attracted the viewer’s attention. Janaki is a well educated woman who wants to become an IAS while Ramachandra is a sweet vendor. They both are married. Ramachandra adores his wife and supports her in every situation. The leads of the show Janaki and Ramachandra are loved for their chemistry. In yesterday’s episode we saw Jananamba denying the order and telling the customers that she can’t make five hundred kgs of sweets and it’s abiut the word. The man says that it’s five lakhs deal. Jnanamba still denies saying it’s not about money. Janaki says that they are accepting the deal. Jnanamba asks her whether she know what she is saying. Janaki says it’s possible. Mallika is hearing everything hiding behind a door. Janaki says that she shouldn’t worry and focus on the work. Govindraju supports her. Mallika is furious.

In the today’s episodes we will see Mallika deciding fo do something to ruin Janaki’s image. She talks with her husband who sopports Janaki. Her hatred for her increases hearing his words. She takes thirty thousand rupees frol him. Mallika goes to the workers and gives each three thousand to the workers and asking them not to come to the work. When they ask her she says they shouldn’t question it instead take the money. The workers leave taking the money.

In the upcoming episodes we will see Jnanamba saying that she has denied the offer but Janaki accepted it. She thought Janaki will complete it and it’s her mistake. She says she shouldn’t have listened to Janaki. How her reputation will be lost as business works with trust. Janaki is running on the road.

What will Janaki do? How Will they successfully complete the order?