Kangana Ranaut is one actor who pays attention to every detail in the character she plays. Ever since the it was announced that Kangana will be playing Jayalalithaa in a biopic on the superstar turned politician, there was a lot of interest around how the actor would look, especially in the older version.

The producer of the film, Vishnu Induri, has earlier revealed that renowned Hollywood artist, Jason Collins, who has worked on films like Blade Runner and Caption Marvel, will be working on Kangana’s look in Thalaivi. Ms Ranaut flew to Los Angeles a few days ago for the same, and now, few pictures of her undergoing a transformation have been revealed.

Sister Rangoli Chandel shared the pictures on her Social Media where we can see Kangana Ranaut fully covered in prosthetic glue for her tests, which she must have kept for a long time for the team to have a set to check and work upon. Tweetong, Rangoli explained the process & expressed how difficult it is to be an actor. She wrote, “This is how measurements for prosthetics are taken, it’s not easy to be an actor, Kangana so calm even in something which is so suffocating for us to even watch ?.”

Going by the pictures, looks like Kangana is all set to step into the shoes of Iron lady Jayalalithaa. In the pictures, she can be seen undergoing extensive measurements for prosthetics. This will be in addition to Kangana learning Bharatnatyam and Tamil for Thalaivi. The film will go on floors post Diwali near Mysore.

Looking after the preparation, we are sure fans are waiting to see Kangana’s first look from the film.

‘Thalaivi’ is produced by Vishnu Vardhan Induri and Shaailesh R Singh and is a biopic based on the life of former chief minister of Tamil Nadu, J Jayalalithaa. 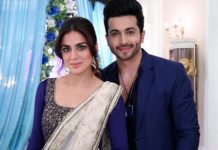