The episode starts with Anurag trying to wake up Prerna. He knocks on the door to call for someone help. Someone hears him and says that he will soon get it repaired. He tries warming her up.

Komolika asks Mohini to call Nivedhita and find out if Anurag’s with her. Mohini calls her and informs Komolika that they are not together. Anurag pleads Prerna to wake up. He checks for her pulse. The servant informs about Anurag and Prerna stuck in cold storage and needs doctor’s help to Shivani. Komolika hears it too and rushes with them.

Anurag cries her to wake up as her oxygen level is falling. He gives mouth respiration to her. Prerna wakes up after his treatment. She gets angry at him for giving mouth treatment. She warns him to stay away from her. They once again starts fighting. She says that he’s not her Anurag as her Anurag is in her heart.

Prerna says that he’s a heartless person, if he’s one then he wouldn’t have signed demolish papers of orphanage. Anurag gets shocked and she blames him for snatching Samidha’s house from her. She scolds him for using his powers to trouble Samidha whom he loves immensely.

Anurag gets angry and asks if she believes that he could do that. Komolika and everyone knocks the door and Prerna falls unconscious again. They break open the door and gets shocked seeing Prerna in Anurag’s arms.

Servant informs that doctor is here. He brings her to bed and says about everything what happened in the cold storage. He himself kept shivering and Doctor asks him to change first else he will catch pneumonia. Prerna’s brother takes him with him to give fresh clothes. He leaves and doctor says that Anurag must have given mouth respiration to Prerna which is why she’s alive.

Komolika, Mohini and Shivani fumes hearing it. Anurag changes and comes and Komolika taunts him for everytime gets stuck with Prerna. Anurag ignores her and Komolika decides him to show her power and the true owner of Basu companies.

Shivani says Prerna that Anurag was so worried about her that he became almost gone mad. She says him saving her. Prerna recalls Anurag saving her. Anurag wants to meet Prerna but Veena stops him. She says that she’s fine and asks him to leave. Anurag leaves.

Prerna asks Shivani if Anurag Anurag is gone and she says yes. Prerna gets confused over Anurag’s care and concern on her when he’s the one who tried to kill her.

Komolika comes there and shows fake concern on her. Prerna asks her to stop and say why’s she there. 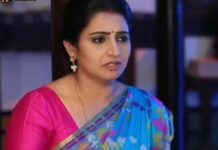 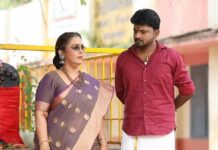