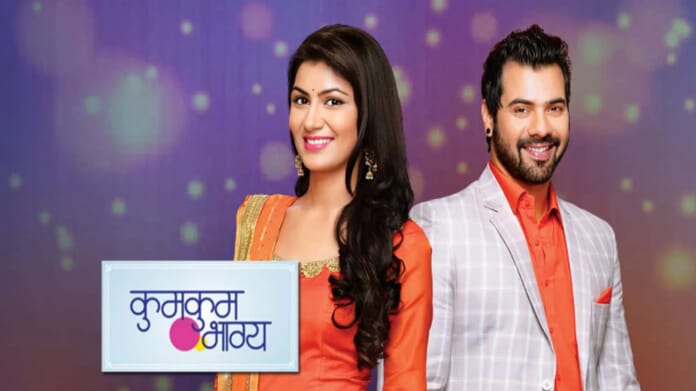 Episode starts with Pragya waits for Rhea. Rhea sees Pragya and gets emotional while reminscing their old moments. Aliya gets frustrated thinking how Rhea is going against her and she thinks to do something to separate Pragya and Rhea than she calls but Riya won’t answer her call. Servant asks is their any problem madam. Aliya scolds him and sends him out.

Pragya gets Saritha call. Rhea tries to touch Pragya but stops hearing her conversation. Saritha says Ranbir is still shy. Pragya says if I stay their he will me more shy and I  agreed to their relation saying I’m ok with Prachi decision. Rhea feels upset after hearing it and thinks Aliya is true. Pragya sees Rhea in tears through mirror and goes behind her cutting the call.

Saritha feels happy seeing Ranbir care for Prachi. Shahana goes to Prachi room saying her work is done. Saritha tries to take Shahana with her but she denies. Prachi goes to kitchen to make tea and Ranbir goes to kitchen saying he will make water. Shahana goes with them to kitchen but Saritha takes Shahana with her to room so Ranbir can spend his time with Prachi.  Ranbir says to Prachi that he broke his friendship with Rhea. Prachi says I ask you to don’t do it right. Ranbir says I didn’t inform anything to her Dad, he is still my favourite chief and it’s just my friendship with Rhea is over and he praises taste of tea.

Pragya asks why you called me here, if you’re not interested. Rhea says sorry for wasting your time. Pragya asks her to talk with her. Rhea says I don’t want to remind words you said to me in hospital. Pragya says I feel connection with you and I always wanted your happiness like my daughter that’s why didn’t lodged any complaint against you. Rhea says you’re lier, you didn’t lodged complaint against me because you want me to feel pain and want happiness for Prachi a d you do t want Prachi to face any problems at office.

Pragya asks why you always think in negative way? Still your hate for Prachi didn’t reduced. Rhea says until she gets her share of love. Pragya says noone can snatch that love from you, start to see everything with love than you can see Prachi like your sister and Prachi can get job anywhere because of her abilities. Rhea cries saying don’t you see anything except Prachi. Pragya says I’m talking about reality.

Rhea says my destiny is bad, Prachi Mom protects her child and my Mom left me when I’m child and she didn’t even think to know about me and you can’t forgive me for my mistake and in the same way I never forgive my Mom for leaving me. Pragya says sorry. Rhea says don’t feel sorry, if you feel sorry you never allow Saritha ji to say all those things at Hospital. Riya asks can you get My Mom and time I lost with out her. Pragya says maybe your Mom left you because of some problem, she maybe living in sadness that she  lost you. Rhea says No she won’t cry for me because she never tries to meet me.

Pragya reminsces how Aliya told her that her daughter hates her. Rhea says Meera aunty cares for me like Mom still she can’t become my Mom. Pragya says you can feel your Mom love in your father. Rhea says she left her husband and daughter, maybe she didn’t came back because she won’t love me. Pragya says maybe she is waiting for correct time. Rhea says you’re defending my Mom beautifully but how will her Daughter feel when her Mother is not near her?

My friends used to say that my Mom left because I’m not beautiful and it pained me. Pragya tries to consoles her saying maybe your Mom have some big Reason to leave you. Rhea leaves saying she can’t trust her anymore. Pragya thinks can Rhea ever forgive her Mom? Why Mr Mehra is not understanding Rhea pain when he can understand Prachi problem.

Riya calls Abhi. Abhi asks are you fine. Riya questions why Mom left me. Abhi says your mom is not wrong too but Aliya takes the call saying Brother can’t answer you but I will answer you Infront of him.

Aliya takes advantages of situation and informs her that her Mom left from home with one child leaving other one because she is selfish. Abhi takes phone saying what are you saying. Rhea gets broken thinking this can’t be right but Aunt talked to me Infront of Dad so Aunt is correct that Mom don’t love me.