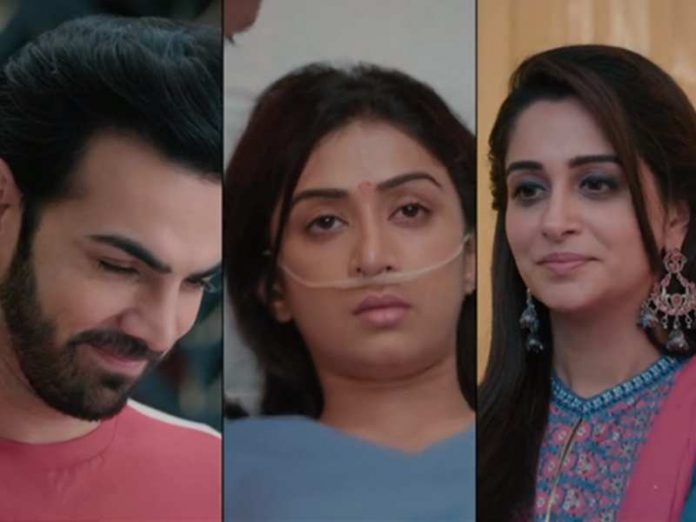 The way today’s episode will going to turn out, it gives an impression of last episode of Kahaan Hum Kahaan Tum. Why? Because looks like finally,  fairytale of Ronakshi is getting their deserved happy ending. Though, there are certain obstacles still to be resolved but for now they are together.

Finally, Raima comes to her senses. She reached to Sonakshi’s home along with Rohit. She even calls Sippys but Rohit’s dad was missing. To begin the discussion she announce of Rohit and her being together. She expected accolades but no one seems to be happy. Then she discloses her real plan. She said, though she realized late but she now knows that Rohit and Sonakshi deserve to be together. They love each other. She further says to Sonakshi, she is not Parvati in real life. Raima continued that Sonakshi  should fight for what she deserve not giving sacrifices. She turned to Rohit saying, if Rohit would have been at her place, even she could no have waited for so long but Rohit did.

In last, she announced Rohit and Sonakshi’s love. Raima went on saying that she has lost four years of her life, she have to compensate that.  Everyone clapped. Sonakshi says her thanks. Raima replies that she is Rohit’s past, not a vamp. Moving ahead, grandma of Rohit order for an early marriage without any delay. Sumit too joins them with an excuse of returning Raima’s bracelet. Rohit got suspicious. Sumit says, last week he got divorced so he is free. Raima can think about him. Meanwhile, Rohit’s mom thinks of Naren saying that Sonakshi doesn’t deserve to be their daughter-in-law.

Raima reads the letter from Sonakshi in which it is written that she is going for an outdoor shoot for 12 hours. She teases Rohit. However, Karan comes back and meet Rohit.