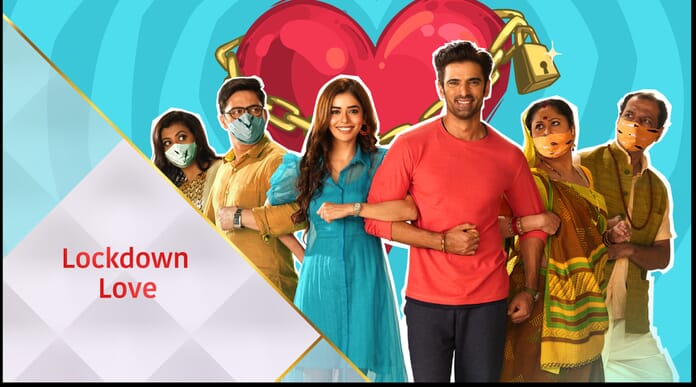 But Buaji and Maa scolds him as it’s religious thing so it can’t be changed, and everytime we do any of function in Paditji given mahurata so how can we leave it for only your wedding. Then Sonam Dad said he is also doing every his important work after seeing good mahurata, as he also wants to cancel Dhruv and Sonam wedding. So Dhruv agreed, but Sonam request Dhruv to solve this problem anyhow as they decided to weds in 2020. Then Sonam said after all we are cancelled our Paris trip for doing wedding and now you’re postponding wedding.

But Dhruv said this time he can’t do anything, then Babuji said ok so all people please go to sleep and now we will discuss tomorrow on this topic. In Maa room, Buaji arrives and congratulate Maa on their success and said you would even forget Sonam face after 9 months, and as you know today’s generation children does 9 break-ups in 9 months, then both laughs.

On the other side, Sonam Mom scolds Sonam Dad on said lie that he is always do his important work after seeing good mahurata. And said I know you’re very happy that wedding get postpond you have to shame on you, you know how much Sonam is upset with this? By the way, after wedding I will finally reveal that we are seperated from 1 year, I can’t do this drama anymore in front of children.

In morning, Ankita did aarti and then for giving prasad she said to Dhruv that as his life partner is here so he should take prasad with her. So Dhruv said ok I will bring Sonam just wait. In room, Sonam talking to her friend Lily about lehnga delivery, Lily questions Sonam that why are today Sonam is so upset?

Then Sonam said nothing just because lockdown creates big hurdle between my wedding. Then suddenly ask didn’t your wedding get affected from lockdown? So Lily said that her wedding date is after lockdown and she will do church wedding so there is no problem. From this Sonam gets a idea to do wedding in lockdown and she gets so excited. Only then, Dhruv comes and Sonam said that she have an awesome idea to do wedding in lockdown.

Then Dhruv said that your ideas are always so hilarious, so tell me about that first. But Sonam said that she will tell whole family together and then goes down in excitement with Dhruv. And told everyone her idea and everyone gets super shocked, and Maa gets so furious on Sonam and said that don’t you get drunk?

What are you saying we are prayagraji we can left everything but not our religion. And if you wants to do marry with Dhruv then you also have to follow all our religious rituals like Aarti and Fasts and all understand? By this Sonam gets upset and goes in her room.

Then Sonam Mom and Sister also try to calm her but Maa gets more furious on them. Then Babuji arrives and calm Maa hardly, then Maa also goes in her room. Then Babuji apologizes from Maa side to Sonam family for talking like this with Sonam and them all.

Precap- Buaji and Maa makes another plan to cancel wedding, Buaji questions Dhruv that as his parents live in Prayagraj and he and Sonam works in Mumbai so can they left their work for their parents?, Dhruv stands in front of Sonam.