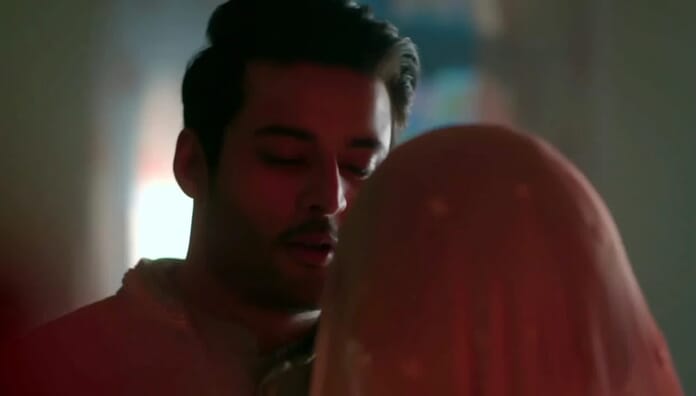 As reported earlier it’s shown Meet realised Bhabita and Masoom are from Grooms family. Babitha questioned Anubha about her support to Meet than she revealed the truth that Meet was her daughter but Meet managed them telling Anubha considered her as daughter and asked them how to settle the issue between them. Babitha asked her to leave from their eyes than she left. Babitha and Masoom went to other store along with Manushi and Anubha. Meet requested manager to give her time to get the money but he won’t than she tried to keep her Dad’s chain with them until she cleared the bill but Meet Ahlawat gave back her chain to her by clearing the bill and asked her to become his friend. Meet agreed to his request than they debated on topic who’s beautiful her sister or his moonshine than they planned to show eachother photos at the same time but it didn’t happened because of the lack of charging in Meet Ahlawat’s phone. At home Meet assured to her Mom that they can reveal truth to groom family in the correct time. Next day engagement preparation got starts and Meet Ahlawat called Meet for an idea to made his engagement memorable than Meet suggested him one idea.

In the upcoming episode viewers gonna witness that Meet Ahlawat will reach to Anubha house and he assumes Meet who stands in veil as Manushi and confesses his love to her and asks her if she can tell him that she loves him too than Meet gets teary eyed and veil removes from her face.

Can Meet Ahlawat finds Manushi is sister of Meet? Why Meet is feeling emotional with Meet confession?