Mohsin Khan got the recognition in the industry after playing Kartik Goenka in Star Plus show Yeh Rishta Kya Kehlata Hai. Character Kartik gave Mohsin an opportunity to grow as an actor and there is no doubt that actor earned millions of the fans worldwide with his top notch performance in the show. And apart from his acting skills, Mohsin’s wardrobe in the show is droolworthy. But fans equally like his hairstyles in the show.

Show Yeh Rishta Kya Kehlata Hai is ITV’s longest running show and after the leap in the show the story focused on the love story of Kartik and Naira. Soon after KAIRA story begun the show took multiple leaps and after every leap the actors of the show were given make-over. Kartik after every leap was seen in the different look and each time his hairstyle looked fabulous. Short or Semi-long Kartik’s hairstyle was always on fire.

Now, due to the sudden outbreak of covid-19 the show was on hold. But after the unlock 1; entertainment industry is back into the action too. Show Yeh Rishta Kya Kehlata Hai is all set to hit the screen from 13th July 2020. The makers of the show has already released an exciting promo where Naira was seen playing the double role. And along with this upcoming storyline what fetched the audience’s attention is the fresh look of the actors. The brand new look of the actors is adorable but our eyes stopped on the hairstyle of Kartik. Kartik’s long hair is fetching the attention and Mohsin is looking more adorable in this new look. We just can’t resist ourselves from falling for the handsome hunk. So, today here we bring to you different hairstyles of Kartik Goenka, choose your favorite look! 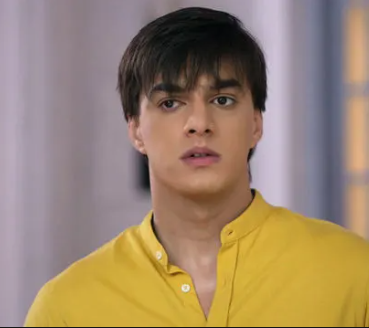 Keep visiting us for more news, spoilers and latest updates!