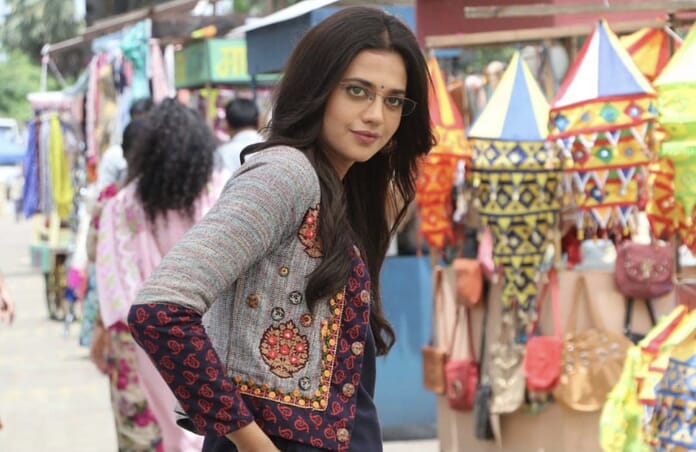 Colors TV who Namak Issk ka is now on a completely new trac with the entry of Kahani’s twin sister Satya. How much spice is Satya going to bring in the show? Will anyone find out it’s Satya in place of Kahani? When will Kahani return? Whose side will Satya choose after finding the truth?

Satya told Iravati she won’t harm weak people . Iravati told to ruin Kahani’s image in Yug’s eye you have to irritate Rupa. Iravati told Satys to talk less and work more. Gunjan asked Iravati if she is Kahani’s lost sister? Iravati told no her mother is different. Iravati told she will stay as Kahani and she will do such acts that Yug will be forced to send her out of the house.

Gunjan asked what about Kahani? Iravati told Kahani’s,Kahani is finished. Satya told her mother did not give birth to her but she raised her so nothing should happen to her. Rupa thinks about what Kahani told her and justified Raunak’s act.

Rupa tried to justify Kahani’s act. Yug told he will talk with Kahani. Satya looked around the house for article to steal and runs into Yug. Yug asked Kahani what did she tell Rupa? Yug raised his voice and asks Kahani what did she tell Rupa. Satya thought how did Iravati come in between such nice people and if she was not helpless she would have made Iravati dance on her tune.

Yug called Raunak and asks how dare he insult Rupa? Yug said Raunak told Kahani that he wanted a beautiful wife like Kahani and he got Rupa. Satya told what is wrong in this she is beautiful and that is why Raunak was after her and later Yug fell in love with her.

Yug told Kahani he talked with doctor and doctor told she might have some behavioral changes. Yug told it is normal and it takes time to recover from such incident. Yug told Kahani not to take stress as he is with her. Satya thought Yug is such a good person how can she cheat him. Yug told Kahani to dress and visit doctor with him. Iravati insulted Raunak and called him useless.

Keep Checking this space for latest updates on your favorite shows.