The episode begins with Surya visiting Anu’s house. Pushba gets happy to see Surya after longtime. She gives him sweets and tells Neel, his company staff, visited their house and ordered food and sweets for them. She praises Neel.

Surya gets up saying he has come to apologizes to them for suddenly transferring Anu to Bangalore and then cancelling her transfer. Pushba apologizes on behalf of Anu if Anu might have committed any mistake. Surya assures Anu does not commit any mistakes and takes her leave. Anu accompanies Surya till his car.

As Surya is waiting for his car, Anu tells that Neel had told that he will come another day to their house for lunch. Surya says he must have said so as he is leaving alone and misses home food. Anu doesn’t agree with him.

Surya says it’s good they share a good bonding, Neel is very talented and she can learn lot being with him. Anu agrees with him and starts praising Neel which annoys Surya. The latter leaves when he gets his driver call. Anu thinks in mind that he is very special to her and no one can be him.

In office Neel is having a light moment with his colleagues.  He gifts a cushion to the senior staff so she can work comfortably without feeling any back pain and then he praises Dheena’s personality and suggests of doing modeling.

The rest of employee agrees with Neel’s suggestion. He installs auto entry software in Swapna’s system so she can finish her work fast and play her favorite sport badminton. Pankaj is seen observing Neel. Later Meera and Pankaj discuss about Neel. Meera tells Pankaj not to bother about Neel’s behavior and to concentrate on the benefits they are going to get by him. Meera receives a mail and gets shocked.

Meera informs Surya that she can’t attend the conference that is going to take pace in London as her mom isn’t well. Surya decides to go to London and asks Pankaj to book two tickets, one for him and for Anu so she can gain some experience, which shocks Pankaj and Meera. Surya asks Pankaj to check Anu’s passport and handle all formalities.

Pankaj praises Meera for her incredible acting in front of Surya and the two discuss about stopping Anu from travelling with Surya to London.

In the Anu discusses about Surya getting upset knowing that Neel had visited their house with Ramya. The latter advises Anu not to play like this, as Surya may misunderstand it and change his mind.  Anu is confident that Surya loves her and it will never change. She tells that she has only one wish that is Surya to confess his love for her looking into her eyes and she will wait for that moment. When Ramya asks what if something bad happens within that, Anu says she has faith on her love and recalls surya’s love confession. 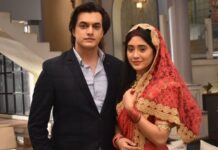 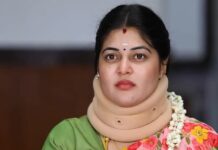