Previously it was seen that Surya advised Anu about how she respect her parent’s decision as they always want her wellbeing. Anu also agreed with Surya. When Surya gifted Anu a necklace with earrings, the latter refused to accept his gift saying she won’t be able to answer her parents questions about the necklace. Anu got to know about her mom being arrested and went to the Police station along with Neel. When the latter questioned the inspector about the reason for arresting Pushba, the inspector arrested Neel for making video of the government employee without his knowledge.

What’s going to happen next? Surya will go to London? What’s ahead in Surya, Anu’s life? 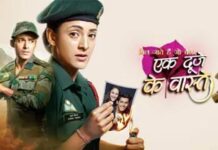 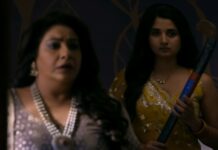