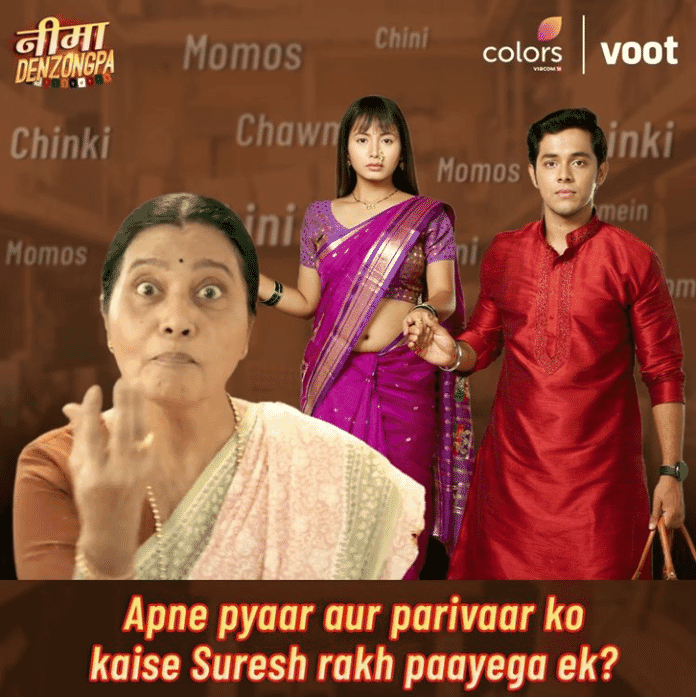 Episode begins with Mania getting the call from the shoot staff. He says we did a mistake, our boss wants to shoot with you. We want to call you back. Mania says you insulted me so I won’t do it. Mania ends the call. Sia says why did you say no? Mania says I don’t want to do modeling anymore. Nima says it’s okay. Mania says let’s buy another ice cream. Nima sees Tulika, Suresh, Varun and Sunita coming there. Nima says we can leave. Nari says no, I want to have another ice cream. Suresh tries to leave but Varun says I will eat here only. Nari and Varun start arguing. Nari calls him a donkey. Nima tries to stop her. Suresh asks Varun to calm down, let Nari order first. He stares at Nima. Tulika eyes them and pulls Suresh back. Nari takes her ice cream and goes away. All family members start eating ice creams. Suresh and Nima smile at each other. Sia goes in a corner and calls Shiv but he ignores it. Shiv tells his friend that I am a simple man so I can’t get in her mess, she ignores me for no reason. Sia messages Shiv that I am sorry, I behaved badly with you, you are important to me. He is about to message him but Nima comes to her and says let’s go. Sia gets tensed.

Suresh has to pay for the ice cream but he doesn’t have enough money. He gets worried and says I will pay you later. The seller scolds Suresh and says I need my money. Nima hears that. Tulika asks Suresh to pay the bill. Suresh says I don’t have enough money. Tulika says you are getting us insulted. The seller argues with Sunita and Tulika. Nima tells the seller that I will pay their bill. Tulika tries to taunt her but Sunita says let her pay it, this seller won’t let us leave. Nima pays the bill and Suresh thanks her. Tulika sees a handkerchief in her hand and recalls how Suresh had the same one in his pocket. She is shocked.

In the morning, Mania is getting calls but she is sleeping. Nima wakes her up. The shooting manager calls Mania and says our CEO wants to meet you, please meet him once. She ends the call. Nima says give them another chance, don’t be so stubborn. She leaves from there. Mania calls back and says I will meet your CEO. He says I will send you the address.

Suresh is getting ready for the work. Tulika and Sunita have lost voice after eating so many ice creams. Suresh leaves. Tulika follows him and hides. Suresh is at the bus stop. Tulika keeps following him. She loses him on the way.

Shiv comes to his desk and finds a ‘sorry’ note from Sia. She has arranged a tea for him and wrote if he drinks it then she will know he forgave her. Shiv brings the tea to her and says don’t make fun of me.. you didn’t put sugar in it. Sia sighs and says I am sorry, I will be a good friend from now on. Thank you for helping me yesterday. Shiva says it’s fine. This tea is sweet now as you are talking to me again. Sia smiles.

Tulika is looking for Suresh and mistakenly enters Suman’s house. Nima is in the house and working in the kitchen. Tulika sees Nima standing in the distance and starts approaching her.