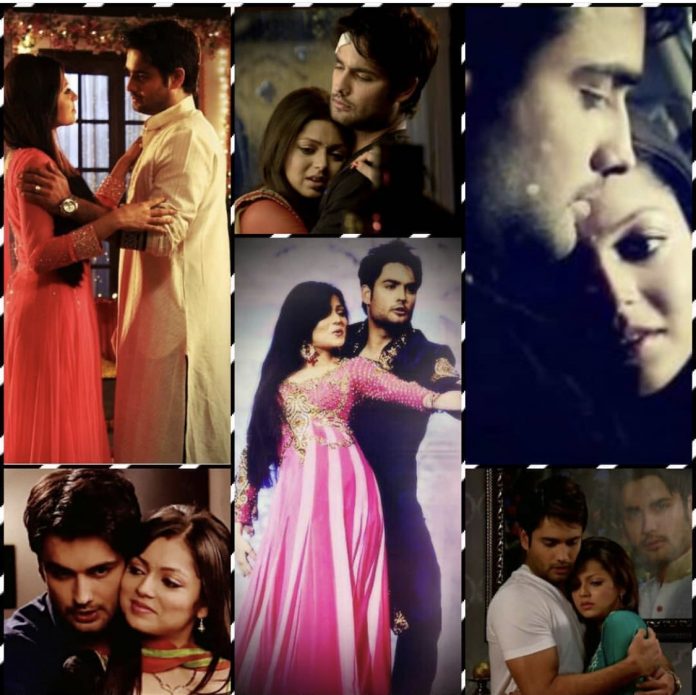 ITV most iconic Jodi RK and Madhubala is once again buzzing hot, as the show completes 7 years. Vivian Dsena and Drashti Dhami starring most loveable show Madhubala Ek Ishq Ek Junoon, which is not only loved nationally but internationally too is celebrating its 7th Anniversay.

The show was a super hit, at it’s telecast time and the Junoon is still on even after 7years.

Madhubala Ek Ishq Ek Junoon, has given many memories to the fans and actors of the show has shown there different flavors, which is the reason that fans are celebrating the journey of RK and Madhubala under the hastag #7YearsOfMEIEJ. When randomly asked, ‘why this show is so special that they still watch it till now’?

The fans of the show commonly replied: ‘The story was full of meaningful tracks and it was displaying many emotions and humanities. Also the storyline and all the sequences were never boring or lacks entertainment at any phase of the show. The cast of the show was fit and above all the Jodi of Vivian Dsena and Drashti Dhami were cherry on top for them’.

Show Madhubala Ek Ishq Ek Junoon; is a name which is engraved  in the Televisions History in Golden words,known for the lights ,Camera and  action; as it was created to celebrate 100 years of the Indian Cinema.

The show has reached another level of fame and it is telecasted in many other countries. It was a turning point in the career of the leads of the show too because this iconic series made them shine at the top of the TV stars.

We have buzzed into the handsome hank “ Vivian Dsena on the occasion of 7 Years of MEIEJ and the actor shared his appreciation and love for the show and all his fans with us’.

What more VIVIAN DSENA has said, check below! 1.  Why Madhubala has became an  unforgettable epic show?

Vivian says “the way it was shot everything fell in place, the team, the actors, everything; it was like magic..In my opinion; These kind of shows are made only once.” “Rk And Madhubala are considered a love icon, because their love and their bond was unbreakable” He added.

2.  What he loves about RK and how close is it to Vivian’s character.

“Rk has been the only character where I got to learn the most and polish myself and experiment as an actor;Rk is pretty far away from Vivian, but yeah patience In Both is the same when required in time; overall;It technically established me as an “ACTOR”In the industry..What else shud I say” Vivian shared.

Lastly for Madhubala’s fans and their dedication he added “ I just love them all and appreciate their love and efforts; even after 7 years they still remember the show..Thanks to all of them”.

Team Justshowbiz congratulates the actors and the show for completing 7 years of journey.