Harshad Chopda is a name that today needs no introduction on Indian Television. Harshad has made a mark only by his sheer hard work and talent without any promotional or controversial gimmicks. His career has seen many ups and downs and yet he stands tall after all of them. In present time he is one of the most bankable faces on TV. Audiences not only trust his face value for good content but makers too are very secured with his capability to bring in viewership for their soaps. 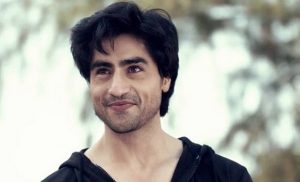 Harshad Chopda started his acting career with Zee Tv’s ‘Mamta’ where he played Karan Srivastav is 2006. But it was his next character Cadet Ali Baig in Sab TV’s ‘Left Right Left’ which made viewers’ notice him. His potrayal was appreciated and it gave him a real head start.

Picking Up Pace
Harshad always had an eye for picking up content where he had the scope to perform and so after ‘Left Right Left’ he picked up a show ‘Amber Dhara’ which was about two conjoined twins.
He became prime focus for the first time in Star Plus’s ‘Kis Desh Mein Hai Mera Dil’ where he played the role of Prem Juneja opposite Aditi Gupta. This pair was loved by viewers and it also gained him a lot of appreciation. This was an Ekta Kapoor show who later offered him ‘Tere Liye’ another show of hers and his pair with Anupriya Kapoor swept audiences off their feet and Harshad became a rage among audiences. The show won him the Gr8! Performer Of The Year Award in Indian Television Academy Awards and Indian Telly Award for Best Actor Popular. Later, he went on to act in shows like Dharampatni of NDTV Imgaine and Life Ok’s Dil Se Di Dua. . .’Saubhagyavati Bhava and Sony TV’s ‘Humsafars.’ While all of the shows were good, they didn’t click with the audiences as much. After ‘Humsafars’ ended, Harshad went on a hiatus of around four years.

Back With A Bang He returned with a Colors’ show ‘Bepannaah’ in the character of a sarcastic, witty, broken Aditya Hooda in a story based around infidelity. In the show he was paired opposite Jennifer Winget. The pair blew up among the audiences and it set Harshad on a peak like never before. Harshad Chopra achieved a feat playing Aditya Hooda and his shades very few actors achieve. His portrayal is still remembered by the fans fondly and they still demand for his comeback. The character also won a lot of accolades which includes Indian Television Academy Award for Best Actor Popular and Asian viewers television award for male actor of the Year. Harshad also has a feature film on his name which released in 2017 namely, ‘2016 The End’ opposite Priya Banerjee, Divyendu Sharma and Kiku Sharda.

Apart from all this, Harshad was listed 16th in Times Of India’s Top 20 Most Desirable Men on Indian Television 2017. He also topped Biz Asia’s TV personality list 2018.

Also Read: #OverTheYears: What makes Surbhi Chandana STAND OUT?
Harshad has been soaring high and is regularly in news for his previous work. His name is coming in the mix of potential names for the male lead in ‘Beyhadh 2’ and fans just can’t keep calm.
We would love to have Harshad back on screen. What about you?
Tell us in the comments and till then let’s get bizzzzziiiinnnnn’!!!!!!!!!