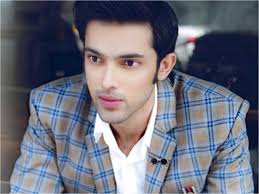 Parth Samthaan is a well known actor after his amazing role in Kaisi Yeh Yaariaan. Currently he is working in Kasauti Zindagi Ki 2, which is considered as a big break for Parth. He is always appreciated for his dedication towards his work. He is the best example of a best opportunity grabber. Parth always took hold of right opportunities at right time which gave him the fame he has. He has a great fan following due to his down to earth attitude. Samthaan is very interactive with everyone, whether it be some crew members on set or co-stars or media people or be it a fan. He is a welcoming person , which makes him stand out.

Talking about all the works of Parth, you would be amazed to know, how he has become what he is now. Here is a small glimpse of his struggle through all the shows he has worked in.

Parth worked in the following shows-

He played one small role in one of the episode in Savdhaan India. This was marked as the beginning of his career.

This was again an episodic role. His main motive to take up such opportunities were to make contacts in this industry.

Parth was searching for the big break. But in the beginning all he got were episodic roles.

This was Parth’s 4th episodic role but his growth in his acting skills was visible from his first role in Savdhaan till this role in Pyaar Tune Kya Kiya.

This was Parth’s first show where he played lead role. He played Prithvi Sanyal. This show had quite good audience response and went on for few months. Viewers also appreciated Parth’s acting and looks. Here on, the journey of success started.

It was the second show with parth as lead and he portrayed Manik Malhotra. His character was reinstated in Season 2. Then again a season 3 of this show was released on Voot. He played Manik Malhotra for 3 seasons of the show. Which was a hit among the young adults. Here on he gained huge fan following. After this, there was a little break for Parth in TV world.

Samthaan signed his first Bollywood debut, Googly Ho Gayi. The inauguration of the film was held on his birthday, 11 March 2016 at Juhu Hotel. This was a big opportunity for Parth to be seen in big screens.

Since 2018, Samthaan has been portraying Anurag Basu opposite Erica Fernandes. This Ekta Kapoor’s show was a big opportunity for Parth to show his acting skills to bigger set of audience. Before this show, Parth was always in shows targeting young adults and teenagers. This was the first time Parth was exposed to a larger audience where not only young adults but people of more age group watched the show. Even in this show Parth won the hearts of his viewers by giving extra ordinary performance.

Whether it be a small side role or episodic role or a lead role, Parth has given importance to all roles equally and has given his best in all. Parth has grown through his first role in his career to the current one. This growth is quite clearly visible due to his continuous learning and improving attitude.

We hope and wish Parth a great career ahead. May he achieve all his goals. Let us know your views about Parth in the comment section!