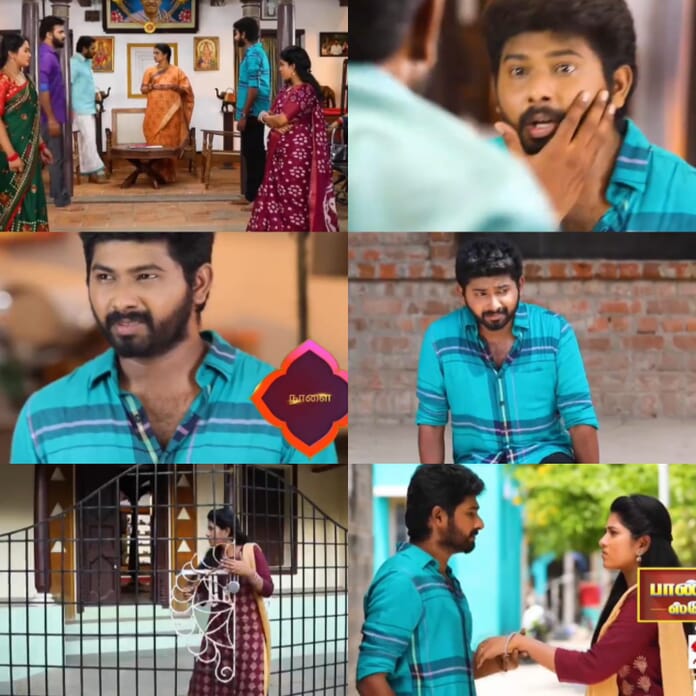 Pandian Stores is a famous Vijay Tv show. This show entertains the viewers every day with a lot of twists and turns in their storyline.

In Today’s episode, Aishwarya informs Kannan as the family decides to leave for Madurai for her wedding. Kasthuri warns Aishwarya and gets her mobile. Kannan decides to open up to the family. He tries to reveal it to Dhanam. The latter, he decides to reveal it to Meena. No one is ready to listen to him. He is in a dilemma. He could not decide. Kannan seeks advice from Kathir and Jeeva to make a decision. He was not happy with their advice. He phones Aishwarya. Kasthuri picks up the call. She lashes out at Kannan. Kannan fears the worst. Kasthuri phones Dhanam to complain about Kannan’s deed. Mulla learns the truth from Kasthuri. She scolds Kannan. Kannan pleads Mulla not to tell the truth. Dhanam urges Mulla. Mulla reveals to Dhanam about Kannan’s Theft. Dhanam gets emotional. She invites Moorthy home. Dhanam urges Mulla to tell the truth. Mulla hesitates.

Will Prasanth marry Aishwarya? How will Jeeva and Kathir arrange the money? How will Dhanam feel? How will Aishwarya avoid Prasanth?

All these questions will be answered in the upcoming episodes. To know what is going to happen next in your favorite show Pandian stores, keep watching the serial and stay tuned to this space for new daily updates.