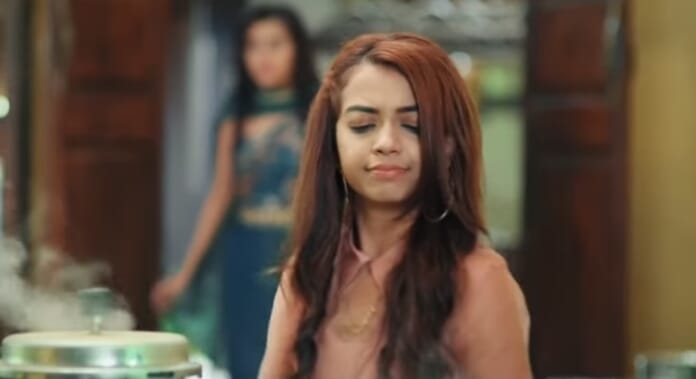 Star Plus’ popular show Pandya Store is gearing up for more drama with Pandya family planning a surprise for Dhara and Gautam.

In the current story it’s seen that Gautam wakes up and searches Dhara. Rishita vomits and tells that she made tea for Suman, but she made her drink that tea. She also told that Suman will make her eat all the breakfast if she doesn’t make tasty food. Shiva and Dev assure her that they will handle it. Gautam asks where Dhara is. Rishita says that Raavi took Dhara for a day out. Gautam asks what it’s. Shiva explains that as they have built the bedroom, they have sent Dhara to sort out her differences with Hardik.

Hardik apologizes to Dhara and they reconcile. Shiva brings breakfast from outside. Rishita serves it to Suman. The latter catches Rishita’s lie and punishes her. She also punishes her sons and Raavi. Later Rishita and Raavi cook. Rishita gets irritated when Raavi keeps asking to get ingredients. They both get into a fight. Suman shouts asking to give her medicine. Raavi tells Rishita to go, but Rishita refuses asking Raavi to go. She adds that she doesn’t have habit to hear orders. Raavi leaves. As Raavi forgot to close the water tap, water falls on the ground and touches the fan wire. The water goes near Rishita’s foot. Raavi comes back and gets shocked on seeing this.

In the upcoming episode it will be shown that Dhara and Gautam will come back home and will get surprised on seeing the decorations. Dhara will ask what’s happening. Family will surprise them. Suman will welcome them inside. Gautam will lift Dhara in his arms and will take her to their bedroom.

What will happen next? what’s stored ahead for Gautam and Dhara in the story?